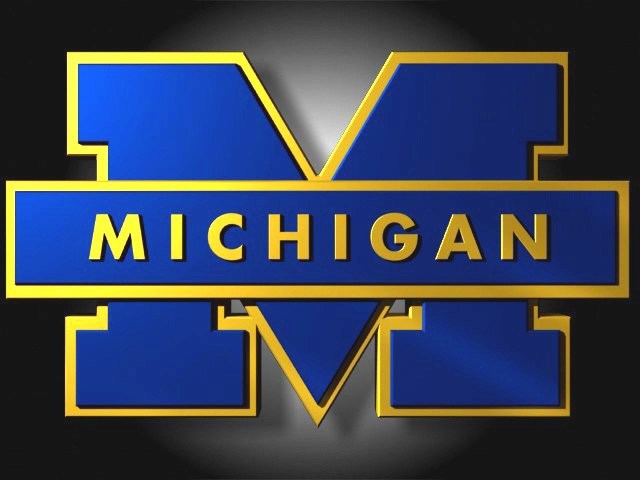 Michael Wynalda became the 2nd Wolverine to Break the Big Ten Record in the 200 free at this meet. (Courtesy: University of Michigan)

Natalie Schumann and Jessica Campbell are covering the Big Ten Championships for us this week in Bloomington. Both are journalism majors at Indiana.

Whitaker is capable of going 3:41 in this event, as he did at last year’s B1G meet and NCAA championships, which could considerably shake up tonight’s race.  Ohio State also had a total of five finalists qualify to swim tonight, which could add crucial points to the Buckeyes’ team score.

Penn State’s junior Sean Grier set a new pool record of 46.13, edging Ohio State’s Tim Phillips (46.17) for the top seed heading into the final tonight. That’s also one of two Penn State Records for him on the day, doubling with the 100 back. Again, Michigan showcased their depth, with Sean Fletcher (46.22, third), and John Wojciechowski (46.92, sixth) both qualifying for the A final. Michigan State’s Jacob Jarzen (46.53, fourth), Wisconsin’s Daniel Lester (46.54, fifth), Iowa’s Byron Butler (47.05, seventh), and Ohio State’s Garrett Trebilcock (47.45, eighth) round out the final. Maybe we didn’t get the depth all the way to 8th in this race that we thought we might, but to have the top 6 all under 47 seconds is still pretty impressive for a morning.

With the top three swimmers only separated by five-hundredths of a second, tonight’s race is quite unpredictable at this point.

After their dominant performance in the 800 freestyle relay, Michigan fulfilled expectations and qualified swimmers in the top four spots for tonight. Michael Wynalda set new meet and pool records with his 1:33.61 (previous records belonged to fellow Wolverines Anders Nielsen from the 800 free relay and Dan Ketchum, respectively). Wynalda placed sixth at the 2012 NCAA meet with only a 1:34.66. His teammates Nielsen (1:34.68), Khalik Abdel (1:34.96), and Justin Glanda (1:35.29) fill the remaining top four spots.

Cody Miller defending (and reigning) 100 breaststroke B1G champion and last night’s 200 IM champion, gave Indiana its second top seed of the morning with a new meet and pool record of 51.96. This is significantly faster than the 52.34 he swam to win the event in 2012. Miller will have to hold off Michigan’s Richard Funk (52.14) and 50 freestyle champion Bruno Ortiz (52.99) to defend his title tonight. Indiana’s freshman Tanner Kurz qualified third with a 53.09, a time nearly three seconds faster than his seed.

Minnesota will also be well represented tonight, with Joshua Hall (53.19), Jared Anderson (53.28) and Max Cartwright (53.45) qualifying in the fifth through seventh spots. Wisconsin’s Nicholas Schafer took eighth with a 53.57.

Last year, only a 47.47 was needed to qualify for the A-final, but the stakes have raised with six of those eight finalists returning to race again this year.

Indiana did well again this morning, as did Ohio State, but with Michigan not letting off the accelerator one bit, it’s becoming harder-and-harder to catch them, even with the Hoosiers diving so well.

First, standings after two days of the meet, and then the up/downs (currently without diving).

Great rebound for Iowa, going from 0 scorers yesterday to 12 today. They can probably catch Wisconsin and can make up some ground on Purdue as Minnesota moves into fourth.

Turk did not swim an individual event today. Kudos to Michigan for letting him rest up for the relay tonight. He wasn’t going to make it back in anything other than the 50/100 free.

Michigan’s first four relays: 1:24, 6:13, 3:05, 1:16. All four are Big Ten records. This team is now only competing with the 1995 National Champions as Michigan’s best TEAM. There may not be a Lang, Barrowman, Borges, Dolan or Clary but there is unbelievable depth.