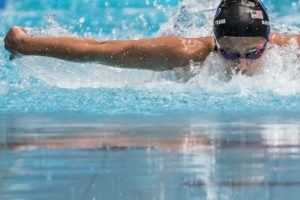 Many Top Swimmers from Midwest Clubs to Converge at Carmel Invite

Kelly Pash of hosts Carmel Swim Club is the top seed in five of her seven scheduled events this weekend. 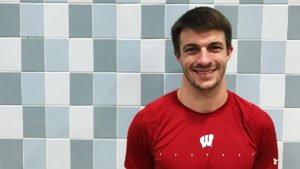 Madison’s own Derek Toomey is returning to the pool deck, this time as a volunteer coach for the Badgers. 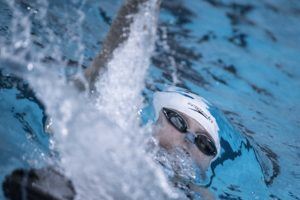 The Madison Aquatic Club launches into the Wisconsin State Swim Meet this week, and the hype is for real.

A Day in the Life of a MAC Performance Swimmer

As Toomey calls it- this video is “A Day in the Life of a MAC Performance Swimmer.”

Derek Toomey was born November 2, 1991 to parents Kathleen Horner and Thomas Toomey in Madison, Wisconsin. As a senior at Verona Area High school, Toomey was the state runner-up in both the 50 and 100 yard freestyles with times of 20.57 and 45.19, respectively, as well as anchoring Verona’s runner-up 200 yard freestyle relay. He racked up athletic and academic accolades, earning honors as a (two-time) NISCA All-American as well as Academic All-American. Toomey was all-state and all-conference both junior and senior year, and he set three school records during his time at Verona. Toomey swam club with the Seminole Sharks and Badger Aquatics.

Toomey had an immediate impact on the University of Minnesota’s sprint group and its scoring potential at Big Ten Championships as well as NCAA Championships as a freshman. At the 2011 Big Ten Champs, he placed 9th in the 50 free (19.94) and 11th in the 100 free (43.99) as well as being a member of the runner-up 400 yard freestyle relay and anchoring the Gophers’ 200 free relay (1:16.78) which set a meet record. Toomey then anchored both of these freestyle relays at the 2011 NCAA Champs. The 200 free relay placed 7th and the 400 free relay 8th. Toomey was also a member of the 800 yard freestyle relay, which placed 15th. Individually, he tied for 34th in the 50 free, posting a time of 19.87.

The 2012-13 season saw a stronger and faster Toomey, as he dropped eye-popping times at the end of the season. At the 2013 Big Ten Champs, he anchored the 200 yard medley relay to a 6th place finish for the Gophers (18.39), the fastest free split in finals and one of only three anchors to break 19 seconds. He led off the 200 free relay to a 5th place finish in a lifetime best of 19.11, this time the fastest lead-off leg in finals. Toomey then led off the 400 relay which finished 3rd. At the 2013 NCAA Champs, Toomey jumped up from not breaking the top 30 in past years in the 50 free all the way to third overall behind international stars Vladmir Morozov (USC, Russia) and Marcelo Chierighini (Auburn, Brazil). He earned big points here for Minnesota, and dropped his 50 free time to 19.10. Adding the 100 free turned out to be a smart move, as Toomey again jumped up the field and placed 13th overall for his second individual scoring swim of the meet. A 42.75 in prelims, Toomey touched in at 43.06 in finals.

Toomey, Co-Captain and senior at Minnesota, finished off his collegiate career with another explosive championship season. At the 2014 Big Ten Champs, Toomey’s race of the meet came in the 50 free prelims, where his time of 19.05 was a new personal best and tied the University of Minnesota, meet, and Big Ten record set by Michael Richards in 2011. He touched at 19.14 in finals, but the slight gain mattered not, as he took the Big Ten title and was still well under the NCAA ‘A’ cut of 19.30. In addition to his 50 free win, he grabbed silver in the 100 free (42.68) behind Penn State’s Shane Ryan. Toomey actually held the top time in prelims (42.42) which set the meet record, although Ryan’s 42.08 in finals broke that record. Toomey was on the 200 free relay, which was DQ’d, but anchored Gopher 200 and 400 medley relays to respective finishes of 5th and 6th, and led off the 4th place 400 free relay. At his final NCAA’s, Toomey kicked off his program with another new school and Big Ten record with a monster 18.95 lead off leg in the 200 free relay. He couldn’t stay under 19 in finals, however, leading off in 19.44 as the Gophers slipped to 13th. He finished 4th in the 50 free (19.05), however his time of 18.95 from the morning session leading off the relay would have actually put him in a three-way tie for gold with Arizona’s Brad Tandy and Alabama’s Kristian Gkolomeev. During the prelims session of day one, Toomey tripled up his events to anchor the Gophers’ 400 medley relay, which was unable to qualify for finals and finished in 17th, just out of the B final. The Gophers again faced heartbreak, as they found themselves in 18th after prelims of the 200 medley relay, again just missing an opportunity to score points in finals. On Toomey’s last day of collegiate competition, he grabbed 16th in the 100 free (43.24) and led off the 400 free relay which very likely would have made finals were it not for an early start from 2nd leg freshman Daryl Turner, which caused a disqualification.

Toomey continued to improve at the national level in 2013. At the World University Games in Kazan, Russia, Toomey dropped down to his current best times of 22.37 in the 50 and finally broke 50 seconds in the 100 to post a 49.76. Later on in the summer, Toomey again competed in the sprint freestyles at the 2013 US Open, finishing 6th in the 50 and 7th in the 100. He broke 50 and 22.5 seconds in the 100 and 50 free again at this meet, however his times did not beat what he went at the University Games.