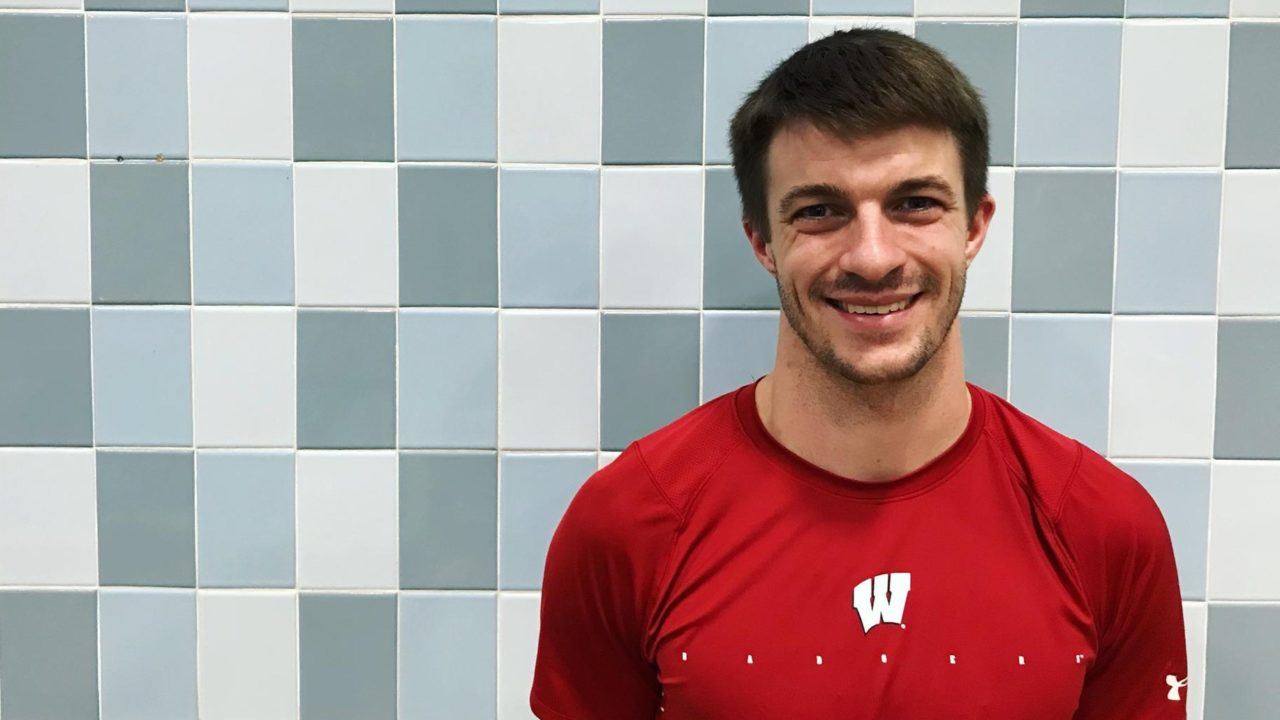 Madison’s own Derek Toomey is returning to the pool deck, this time as a volunteer coach for the Badgers. Current photo via Wisconsin Athletics

MADISON, Wis. –Every team’s early-season aims are set on Big Ten championships but the newest addition to Wisconsin’s coaching staff knows a thing or two about winning them.

Madison’s own Derek Toomey is returning to the pool deck, this time as a volunteer coach for the Badgers.

“It is a pretty special thing to be part of the team I grew up cheering for,” Toomey said. “After spending my collegiate years at Minnesota, it feels good to return to my roots.”

“We are really excited to add Derek to our staff,” first-year UW head coach Yuri Suguiyama said. “He brings great energy, a wealth of expertise and the ability to connect with our athletes.”

A master of the 50-yard freestyle, Toomey became the first Big Ten swimmer to eclipse 19 seconds in the event while competing for the Gophers. At the 2013 NCAA Championships, Toomey sprinted to a third-place finish in the 50 free with a time of 19.10 seconds.

“Derek has an invaluable sprinter’s mentality,” Suguiyama said. “We are lucky to have his experience as a big-time competitor on our team.”

Swimming for the Badger Swim Club in New York, Toomey competed at the 2016 USA Olympic Trials.

Look for Toomey to bring his freshly-minted coaching prowess home to Wisconsin.

“I am really excited to establish good technique and race strategy,” Toomey said. “My goal is to help our sprinters and relay squads win Big Ten titles and national championships.”

Badger Swim Club is in New York, not Jersey.