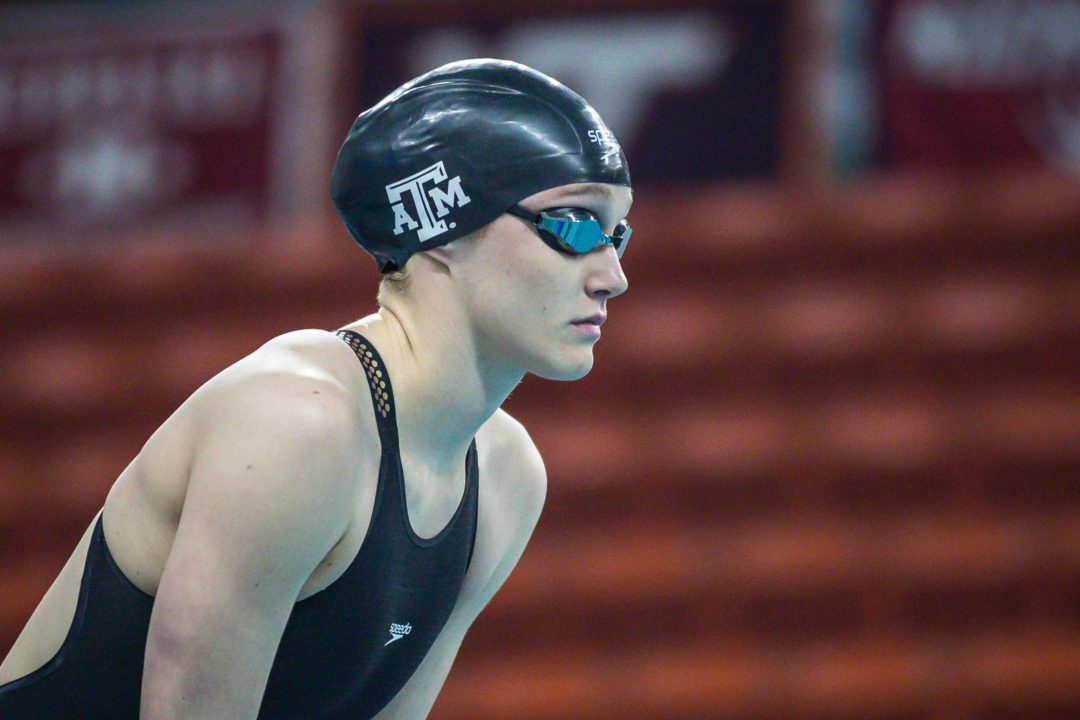 DeBever will race the 200 IM while Vargas will enter in the 400 freestyle for Peru at the upcoming Tokyo 2020 Olympic Games. Current photo via Jack Spitser/Spitser Photography

The Peruvian Swimming Federation announced via a press release that they have nominated McKenna DeBever and Joaquín Vargas to represent the country at the Tokyo 2020 Olympics for swimming.

Both of those swims were just under the Olympic Selection Time (OST), also known as FINA B standards of 2:16.54 and 3:53.58, and hovered a few seconds over the respective FINA A cuts of 2:12.56 and 3:46.78. Along with earning themselves a spot on the Olympic roster, both swims from DeBever and Vargas were new Peruvian national records as well.

This will be both DeBever and Vargas’ first Olympic Games. DeBever shared her reaction to the announcement via Instagram, as did Texas A&M coach Jason Calanog: