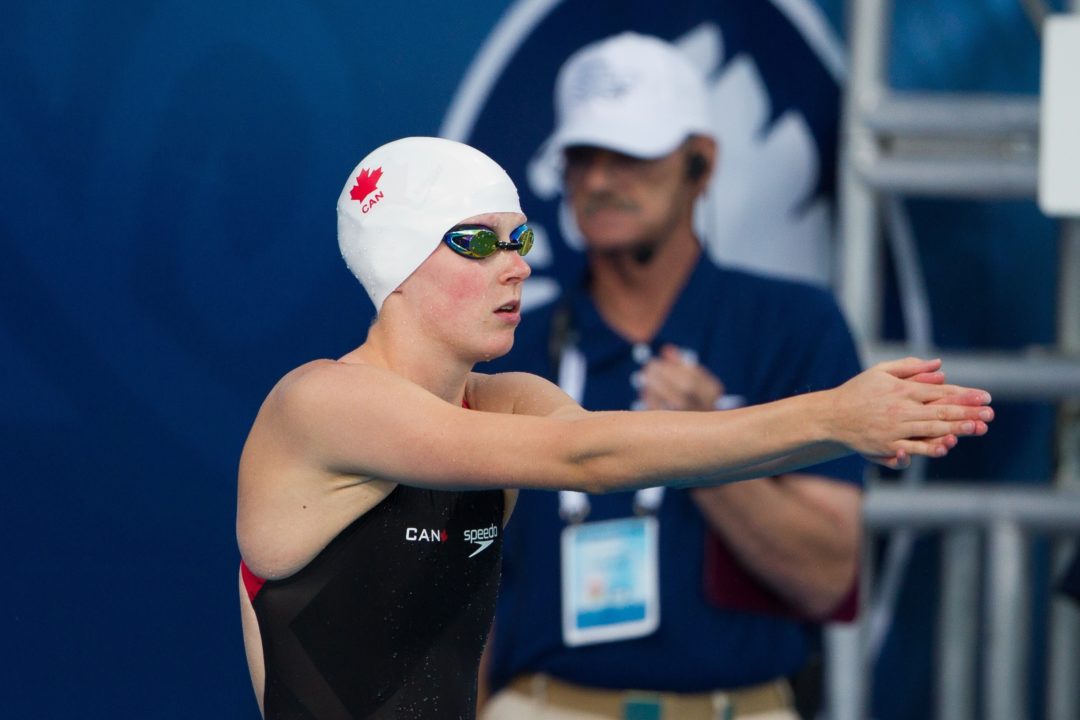 Martha McCabe posted a 2:21.84 in the women's 200 breaststroke to tie Jenna Laukkanen for the top spot in the world rankings... Current photo via Tim Binning/TheSwimPictures.com

The time is over two seconds off her lifetime best of 2:19.17, which she put up at the Short Course World Championships in Doha last year. McCabe who represented the Western Canadian Club All-Stars at the competition also set a new meet record.

Tera Van Beilen of UBC took the women’s 100 breaststroke in a time of 1:07.82, which currently ranks fifth in the world while Keegan Zanatta of UBC won the men’s 400 freestyle in a time of 3:45.75, which ranks fourth in the world. Both times were meet records.

UBC finished on top of the point standings in both the men’s and women’s events.