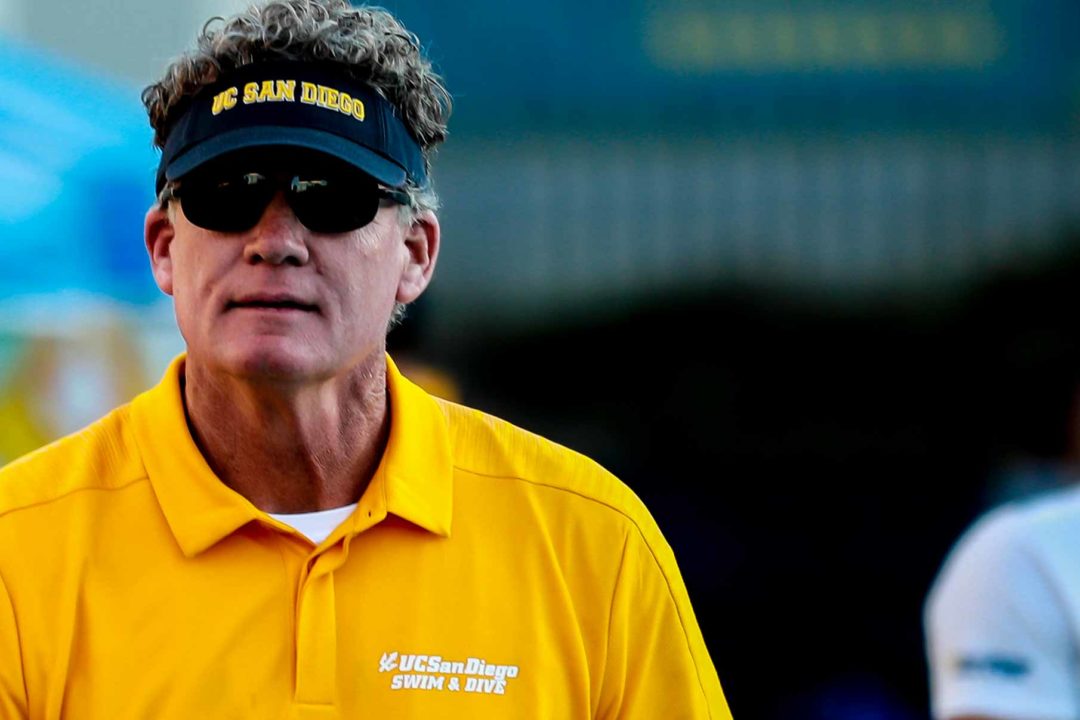 In addition to the roster of 27 swimmers announced today as members of the Los Angeles Current for the initial season of the International Swimming League (ISL), the team has announced its coaching staff of 3.

While the role of ‘coach’ within these teams has yet to be well-defined (athletes are not expected to spend much time training together outside of the dates of competition), most of the ISL teams are naming coaching staffs that, among other things, will presumably be included in decision making for individual meet lineups.

The Current’s coaches will be Brett Hawke, Jack Roach, and David Marsh, under the leadership of David Marsh. They will lead a team that will likely be the favorites for most American swimming fans, as it includes some of the biggest American names in the sport, including Kathleen Baker, Ella Eastin, Chase Kalisz, Ryan Murphy, Andrew Seliskar, and Matt Grevers.

Marsh, one of the most decorated coaches in U.S. swimming history, was the U.S. Olympic women’s team head coach at the 2016 Olympic Games. Currently working as the head coach at UC San Diego, and of his San Diego based pro group Team Elite, Marsh has worked on 4 U.S. Olympic staffs. He also led the Auburn Tigers to 12 NCAA titles, 17 SEC titles, and on 4 occasions led the Auburn men and women to sweeps of NCAA titles. The 10-year span from 1997 until 2007 was one of the most dominant decades by one co-ed program in NCAA history.

After he left Auburn, Australian-born Brett Hawke took over the program, being promoted from assistant and eventually co-head coach. And Olympian and Australian Record holder as an athlete, Hawke wasn’t quite able to sustain the level of success that Marsh had at Auburn, but he was named the CSCAA NCAA Men’s Co-Head Coach of the Year with Richard Quick in 2009.

Hawke resigned as the Auburn head coach after the 2017-2018 season, and is now working in business development for Fitter & Faster Swim Tours and working with a select group of pros independently.

Jack Roach is currently the head coach and CEO of Tide Swimming in Virginia, where he took over in 2017. Roach has a long history of working at the elite levels at USA Swimming, including a decade spent as an assistant with the Texas women (during which time they won 2 NCAA titles), and then from 2003 through 2008 in Mexico with La Loma Centro Deportivo.

In 2008, he was named the USA Swimming National Junior Team Program Director at USA Swimming, and aided in the US Olympic Team preparations in 2008, 2012, and 2016.

Finally…. the dream job for Dave Marsh after “leaving” Swim Mac and “leaving” UCSD? Wonder why he ever “left” Auburn? Sound like things are finally looking up for Coach Marsh. Anyone want to buy my shares of Theranos stock?

Cool. So maybe the coaches will argue with the refs, get thrown out of the meet, add some drama.

Exciting team. Great coaching line up. Hawke with his sprint and relay expertise is a good choice. I can’t wait. Have the broadcast rights been sorted? It better be live in Australia!

Coach Marsh is the greatest coach ever in any sport of any time. Imagine what Tiger Woods could do working with Coach Marsh!

The same schlarb in the comments section of the other article about Manuel and Dressel not being in ISL.

Yeah that’s some funny stuff. Mind me asking what your basing this off of?

Coach Marsh has the highest recorded IQ of any current college coach – The man is a genius. He is the only coach ever to be successful in Nevada, Alabama, North Carolina and California.

Marsh coached Tim Phillips, who has some serious explosiveness. Is he still around or did he retire?

Okay, they’re officially the team to beat on the men’s side, hawke is a legend

Not sure I would say that. Having swum under Brett personally I would say he can be a nice guy but his personality unpredictable and explosive sometimes, definitely the kind of guy that would clash with other coaching personalities like Marsh.

David Marsh was Brett’s college coach….think there is a pretty good relationship there

Hawke? A legend? I think you mean Marsh.

Not sure what to make of this…