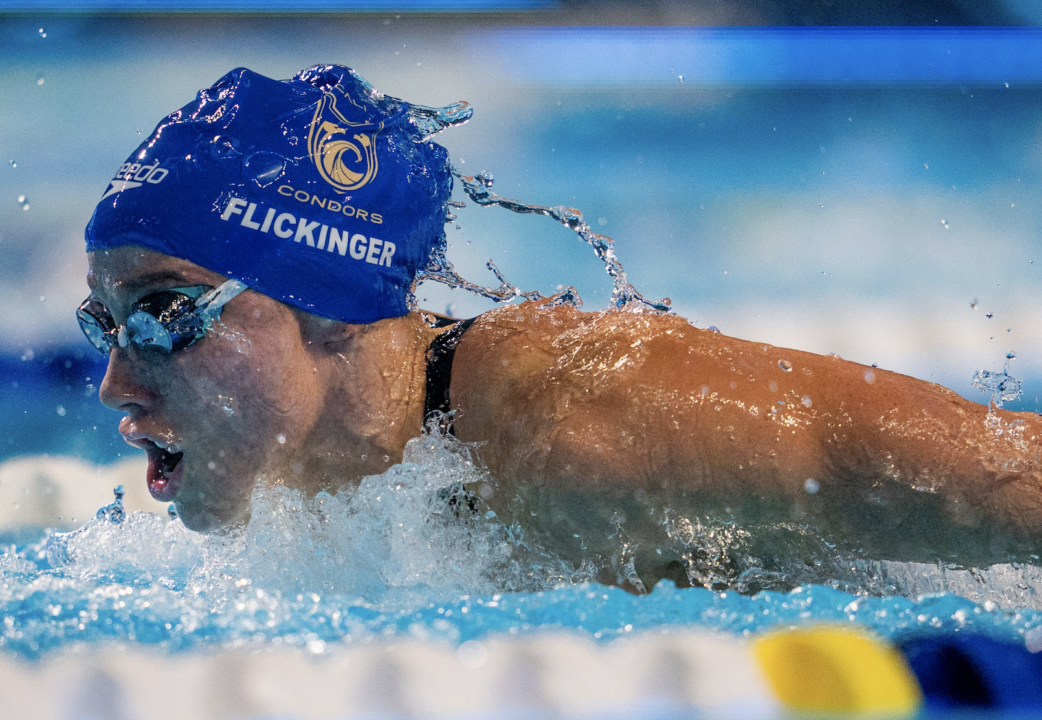 The women's 200m fly has seen some masterful performances in the past, but what does the data tell us about the event's overall progression? Archive photo via Mine Kasapoglu for IS

Amidst many of the world’s best swimmers having limited long course competitions in 2020 due to the coronavirus pandemic, just three women made it under the 2:07 barrier in the 200m fly for the season.

All three come from China, with Zhang Yufei leading the pack with her powerful 2:05.49 at this month’s Chinese Long Course Invitational in Shijiazhuang City.

Knowing that it took a 2:06.78 for Hungary’s Boglarka Kapas to win the 2019 World Championships title, I wanted to take a big-picture look at the women’s 200m fly event as a whole over the last decade.

Eight of the top ten women’s 200m fly performers produced their best time more than 5 years ago. Of the top ten, Aussie Maddie Groves‘ 2:04.88 from the 2016 Olympic Games was the most recent, making her the world’s 9th fastest performer to date.

Liu Xige‘s World Record of 2:01.81 from 2009, albeit in a supersuit, has still proven to be untouchable, while Mary T. Meagher‘s 2:05.96 time from 1981 keeps her ranked as the 22nd fastest performer ever nearly 40 years later. There are very few events on both the women’s and men’s side with this type of longevity for its past performers.

I grabbed all the women’s LCM 200 butterfly times in the 2:04-, 2:05- and 2:06-ranges spanning 2010 and 2020 to take a look at how many more members of the pack entered new time brackets from year-to-year. What pops out from the data is that this event has largely remained stagnant in terms of any breakthrough times.

This article won’t theorize as to why the women’s 200m fly has been relatively progressing in a flat line over the past decade. We’ll leave that to you all to debate in the comments.

I wonder if having the wr be so untouchable has any impact on people’s mentality for the event.

And let’s be honest… The world record is absolutely suspect.

Also considering she wore the full polyurethane at worlds and the old fashion LZR at Chinese Nationals.

It sucks that there are countries where we automatically jump to all these suspicions because of their national “get them to win by any means necessary” policy.
Because throwing down incredible times seemingly out of nowhere isn’t new in swimming and it’s not limited to Russian and Chinese swimmers. I wish we could look at that time the way we look at Mary T’s time… with admiration and in awe.
Because let’s face it, if Mary T had been Russian, there would be a heavy cloud of suspicion hanging over her PB to this day.

“Because let’s face it, if Mary T had been Russian, there would be a heavy cloud of suspicion hanging over her PB to this day.”

Of course there would. It only makes sense. Russia had a state-sponsored doping program for its athletes. All times from the Eastern Bloc during that time period are suspect.

I think It mirrors W’s 200bk. The 100 fly is competitive so someone will take it down.

Has any other event regressed as much as this one? Only other real contenders I could think of would be mens 2/4 frees

200 and 400 free haven’t regressed really, more or less stagnant. Sure, nobody’s matching Thorpe and Angel, today but that’s because they were gods. The field today is stronger on average by miles.

Simply unbelievable that Mary T’s time from 1981 would have won worlds in 2019.