How Men’s 200 Breaststroke Has Exponentially Improved Since 2010 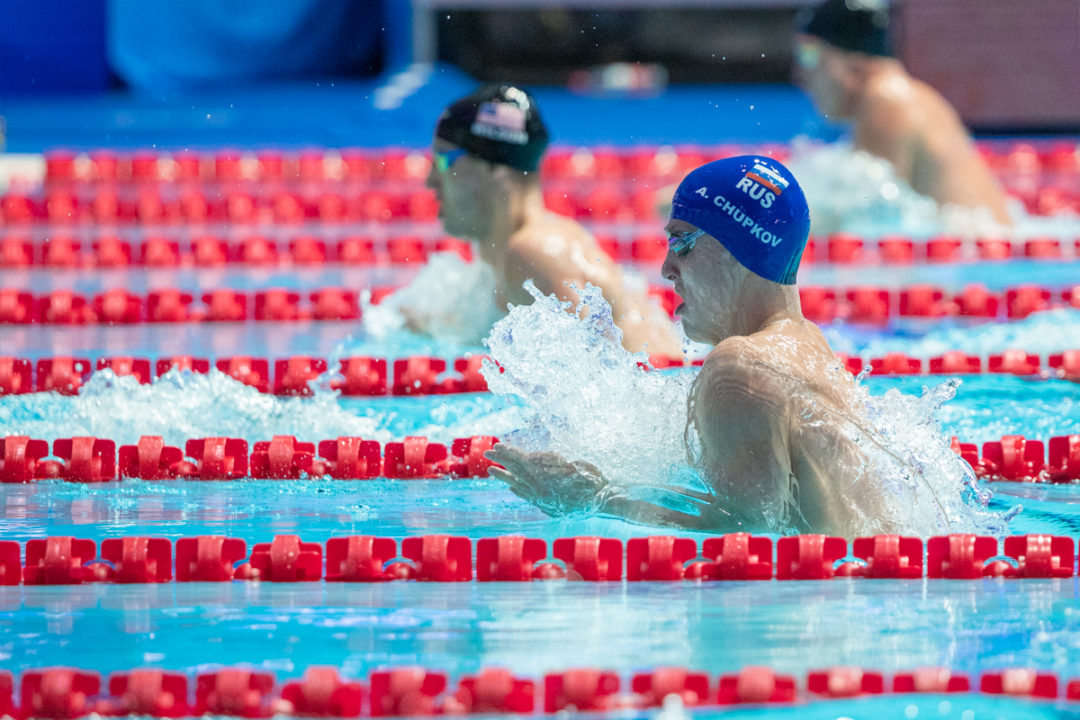 With the men's 200m breaststrokers seemingly putting up 2:07 and 2:08 times as a matter of course, let's look at the event's exponential improvement. Archive photo via “Rafael/Domeyko Photography”

Amidst many of the world’s best swimmers having limited competitions in 2020 due to the coronavirus pandemic, Watanabe’s time ranks the World Championships medalist 4th among the 2020/21 season rankings. His compatriot Shoma Sato currently owns the top LCM 200 breaststroke time in the world with the big-time 2:07.02 he produced at last month’s Student Swimming Championships.

With the top tier of men’s 200m breaststrokers like Watanabe seemingly putting up 2:07 and 2:08 times as a matter of course, I wanted to put some numbers around how far this event has exponentially come in a relatively short period of time.

In 2010, for example, there were just 2 swimmers in the world that year who got under the 2:09 barrier. Only 2 years later that total more than doubled to 5 swimmers under 2:09, with an additional 3 entering the 2:07-zone.

Flash forward to 2019 and Chupkov landed on the record books with a new world standard of 2:06.12 posted in Gwangju, with his time now representing a real and present danger to the 2:06 barrier.

With next year’s Olympics bringing the best of the best to Tokyo, we will most likely need to revisit this data table with a new time column entered once those Games are done and dusted.

But the improvements recently are after that and its perhaps due to the technique changes with everyone trying to narrow kick further and get more undulation in the back/hips as the hands go forward.

In late 14/early 15, the rule change in breaststroke was a swimmer no longer had to initiate hand separation out of streamline prior to the dolphin down kick on the pullout. This rule is very minor and wouldn’t have a crazy effect especially in LC. Look at Chupkov in 2017, from an aerial view, you’ll see that he never has his hands together even pushing off the wall yet he doesn’t lose any ground on the pullout. The dolphin kick was allowed beginning in the 05/06 timeframe post 04 Kitajima and prior to Beijing 08. Obviously even 1 dolphin kick has a substantial effect on the pullout distance and breakout speed which can be carried over into the rest of… Read more »

American breastrokers r behind the rest of the world

Next year, Matheny will practice with Indiana University squad, and yes, he will be the first US swimmer under 2:06:50 if not under 2:06.

In prelims or semi-finals? His history has a bit of a black mark in regards to his being able to put it together for finals swims (sadly). But hey, if he gets to Tokyo, maybe that will change as finals will be in the morning (correct? and that won’t be true at Trials…I think?).

Seems due for a major breakthrough performance.