Ippei Watanabe Shakes Off Cobwebs With 200 Breast Win At Home 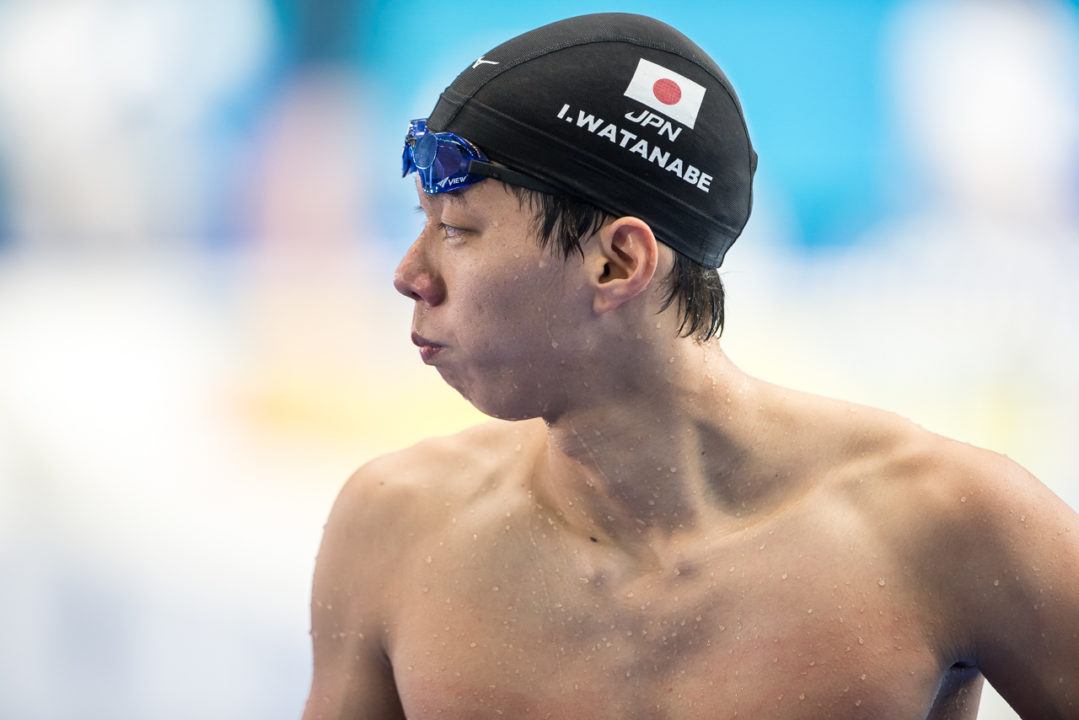 While a big chunk of Japan’s upper echelon of the swimming elite is taking part in season 2 of the International Swimming League (ISL) on the Tokyo Frog Kings, a segment of notable swimmers are about to get their own racing underway back at home.

The 3rd edition of the Japan Adult Swimming Championships is taking place this weekend in Wakayama, with the two-day affair allowing a domestic battle across both men’s and women’s events.

Keita Sunama doubled up on his 200m back victory from yesterday by taking the 100m back tonight. Hitting a time of 54.81, he edged out runner-up Junya Hasegawa, who touched a hair behind in 54.85. Another swimmer also got under the 55-second mark in Syuhei Uno, who rounded out the top 3 in 54.98.

For Sunama, his time sits within range of his lifetime best, a mark represented by the 54.36 he produced way back in 2016.

Rika Omoto found herself atop the podium on two occasions to close out the meet, first taking the 100m free in a time of 55.91. Omoto is Japan’s 4th fastest swimmer ever in this event, owning a lifetime best of 54.16 from last year’s Japan Swim.

Omoto settled for 26th place in Gwangju in this event at the 2019 World Championships, posting a mark of 54.89. Tonight she was the only racer to get under 56 seconds.

Not competing in the International Swimming League (ISL), former 200m breaststroke World Record holder Ippei Watanabe reaped gold tonight in his specialty event. Posting a time of 2:08.69, Watanabe was well-off his personal best and former WR of 2:06.67 from 2018, but it was enough to shake off the competition cobwebs and get his 2020/21 long course season underway.

In other races, soon-to-be London Roar ISL team member Katsumi Nakamura posted a modest 49.01 in the 100m free, while suspension returnee Takeharu Fujimori topped the men’s 200m IM in 2:00.13 to win by over 3 seconds.
Nakamura – 49.01

The Frog Kings could have definitely used Omoto.

With another swim he will probably join all the swimmers this season in the 2:07 club