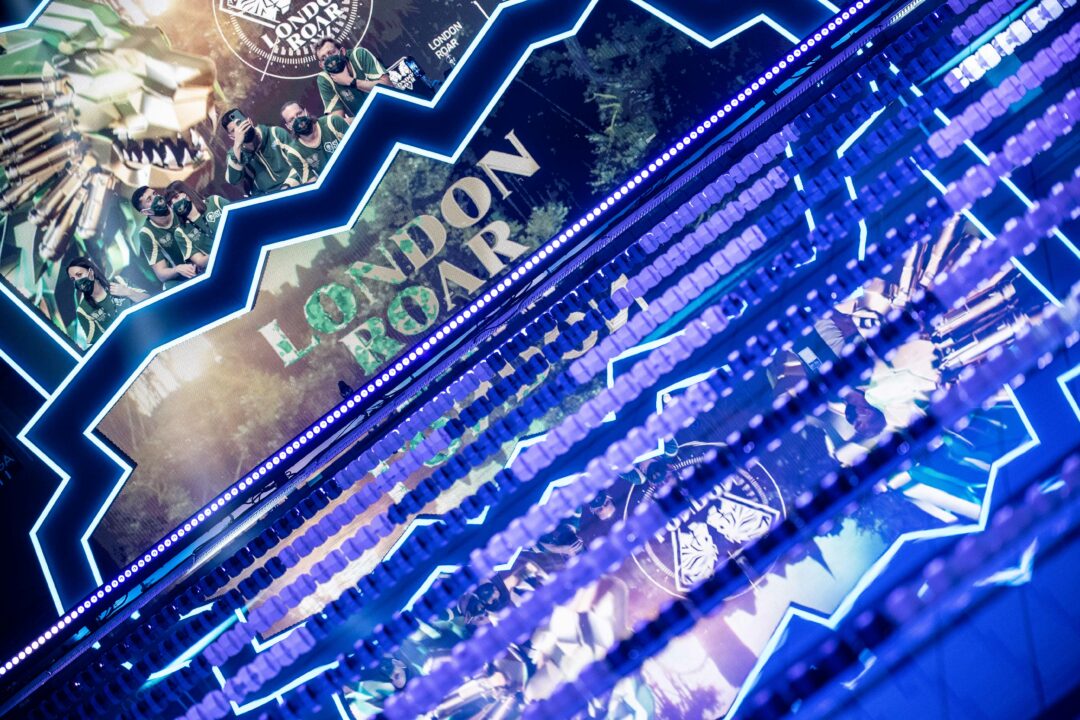 While the London Roar says that they don't expect to generate any profits from the youth teams, they hope to develop more athletes in the club's home city. Stock photo via Mike Lewis/Ola Vista Photography

The London Roar of the International Swimming League have announced the formation of the “London Roar Academy,” which it is billing as a new developmental academy for the team. This academy will serve as a proof-of-concept of sorts for the league’s new “junior swim leagues” program, which it hopes to roll out around the world.

While the nomenclature of the league is similar to that of the English Premier League’s famed soccer (football) youth academies, the setup, upon probing, is quite different.

According to a spokesperson for the London Roar, the clubs are non-profits that are not owned by the team, but are registered clubs with British Swimming just like any other club in the country would be.

Further, the athletes from these clubs are not designated to promote to the senior squad of the London Roar and would enter the league through whatever process was in place for all athletes at the time of their matriculation.

Lisa Bates will be leading the entire four-club program out of a club in Chelsea in west London, where she will be assisted by Alexander Macdonald. There will be 4 locations around London, bringing a higher profile to swimming programs in a dense urban area that is often underserved by the sport. Coach Kim Longland will lead a group in Greenwich in the Southeast of the city, David Broadbent will lead a group in Hackney in the northeast supported by Edmund Ashton, Wayne Lock will lead a group at the Anaconda Swimming Club in north London.

The club says that they are not expecting to generate any profits from the relationship, with the focus instead on athlete development.

London Roar professional athletes would have access to training time at the club in Chelsea if they require it in London.

As explained by the spokesperson, the athletes remain members of their respective clubs and will come together for regular training sessions, competitions, and training camps. There is no compensation paid to the athletes, meaning that they would still be eligible to compete in events that required an amateur status (such as the NCAA in the United States).

With no profits to be derived from the club, and no direct pathway from those clubs to the Roar, it is unclear what exactly the relationship will be to the pro team, aside from the branding. The Roar did say that they hoped for an opportunity later in the summer for the pro swimmers to visit with the clubs.

A spokesperson responded on Friday confirming that no money is changing hands via the arrangement and that the brand is not being licensed by the clubs.

People wonder what they can do to build a larger fan base since most people follow and support individual swimmers rather than teams. I believe this will definitely help that…not immediately but in years to come so long as the league can stay afloat.

This makes no sense

I guess it brings more publicity to the league. Also, club swimmers might be more inclined to join these junior clubs just for status and the off chance to meet/work with the professionals. I wouldn’t say it makes NO sense…just maybe not a whole lot of sense.

Sort of off-topic but what does gold/silver/bronze medal status for US club teams do? Maybe this is somewhat comparable…?

What? How does this make no sense it’s academies for teams super simple like what