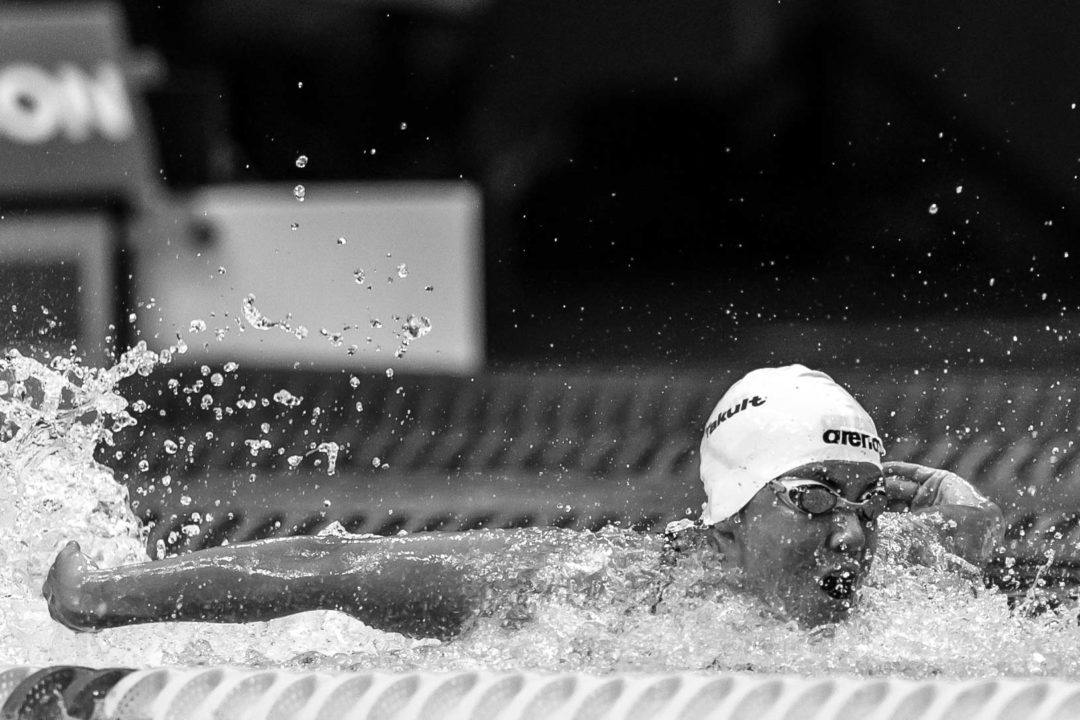 Liliana Szilagyi has responded after her sister published an open letter refuting claims of abuse by their father and former coach. Archive photo via Mike Lewis/Ola Vista Photography

The public sparring among Hungary’s Szilagyi swimming family received another chapter on Saturday when Liliana Szilagyi fired back at her sister, Gerda, on Instagram.

Liliana ignited the controversy when she posted on Instagram earlier this week that she suffered alleged “physical, spiritual, and sexual abuse” at the hands of her father, and former coach, Zoltan Szilagyi.

Zoltan, 54, was also a Hungarian Olympian, competing at the 1988, 1992, and 2000 Olympics. He refuted the allegations his daughter made in the Instagram post, writing that Lilliana cannot prove he ever abused her, her mother, or her sister Gerda. He wrote that he expected the issue to be resolved in court.

Liliana has responded via Instagram, posting a lengthy caption (that continues into the comments) alongside a provocative image of her with tape over her mouth and makeup smeared on her face.

“My dear little sister! Gerda! I know you are reading these lines. Know that you have been my biggest motivation since you were born. Everything I have done and am doing is largely so that you can live freely for once! There is immeasurable power in you and I know you are very, very deep now, but you are a real warrior and survivor! You always have been! I’m sorry if you don’t understand why this is happening now…And most of all, I’m sorry that our father uses you and your name as a shield in the same way that he used to use me. This is not your shame!

She then goes on to tell her sister that the investigation by the Hungarian Swimming Association (MUSZ), which her sister attacks in her letter, indicates the importance of the topic.

Liliana is 25 years old, while her younger sister Gerda is 18.

Liliana was a double Youth Olympic Games Champion in 2014 in the 100 and 200 fly, and a year earlier won silver medals in the same two events at the World Junior Championships. Her highest senior international finish came at the 2016 European Championships in long course, where she earned a silver medal in the 200 fly.

In the post, Szilagyi also posts about her experience reading the comments on her photo. She says that the words “pride, strength, hope” describe how she’s feeling right now, and that when she posted about her experiences, she thought nobody would understand. Instead, she says she has experienced people opening up to her and sharing their own experiences.

Lilian Szilagyi skipped qualifying for the Tokyo 2020 Olympics at the time saying she needed to tend to her “body & soul.” She had previously been training under Shane Tusup, former coach and husband of Hungarian superstar Katinka Hosszu.

“fun” fact: Hungary noticed the swimswam articles and wrote about the story of swimswam writing about the story in great detail. As in: describing what swimswam wrote which is pretty much they wrote, since, well. there is ONE story. Long story Short: everyone in Hungary reading index now knows Braden Keith
https://index.hu/sport/2022/01/03/mar-a-vilagsajtoban-szilagyiek-csaladi-dramaja/

This open airing of family grievances is awful. This is an important issue, but I still don’t get the desire of some to post everything, including family issues, on social media.

Applesandoranges never said, or implied, sexual abuse in not a family issue or a crime with their comment.

I am no shrink but there are some painfully awkward and telling signs in the father’s and sister’s response.
First, why would the sister call Liliana by her first and last name? Who does that? Unless it’s a contract
Second, if my child accused me of something I didn’t do, my first reaction would be shock and to find out why. But he is attacking and threatening her, acting as the aggressor, the role he is accused of. He is also focusing on his leverage still such as his name. his knowledge of the law, and his younger daughter. Whatever will happen in court will be ugly and damaging to all parties.

Bohemian Rhapsody . Freddy is no more but Sam putting in a sterling effort.

We seem to put things in an AMERICAN culture. The fathers response is not unusual in their culture. If the accusations are false, he is still ruined in the eyes if most everyone. I don’t know how I would react if I was accused of something that damming if I was innocent. If he is guilty, then he will get what he deserves. But she is definitely getting press.

There is an incorrectly translated sentence: instead of “….in the same way you used to protect yourself.” she wrote: “…in the same way he used me [mine] earlier.”

She has a bad line of coaches, her dad and Shaine tusup

Don’t bring Shaine into this ffs?

I agree it’s suspicious, but I’m guessing it’s more of a lost in translation situation

“MINDEN OK” what is written on the ducktape on her mouse means Everything is alright.

Nobody knows what the truth really is but it is strange that her father wrote her not to use his family name after this which is strange, you can never withdraw your name from your children… Really crazy…..

Nope. The judge who lead the divorce procedure TWO YEARS AGO stated that the father is incapable of raising children due to his aggressive, abusive behaviour and ordered him to hand over the little sister to the mother – which the fella failed to do …. in two interviews Liliana has given to the media, clearly states that she can and she wants to speak about only such cases she can definitely prove before a court. So these are not lies.