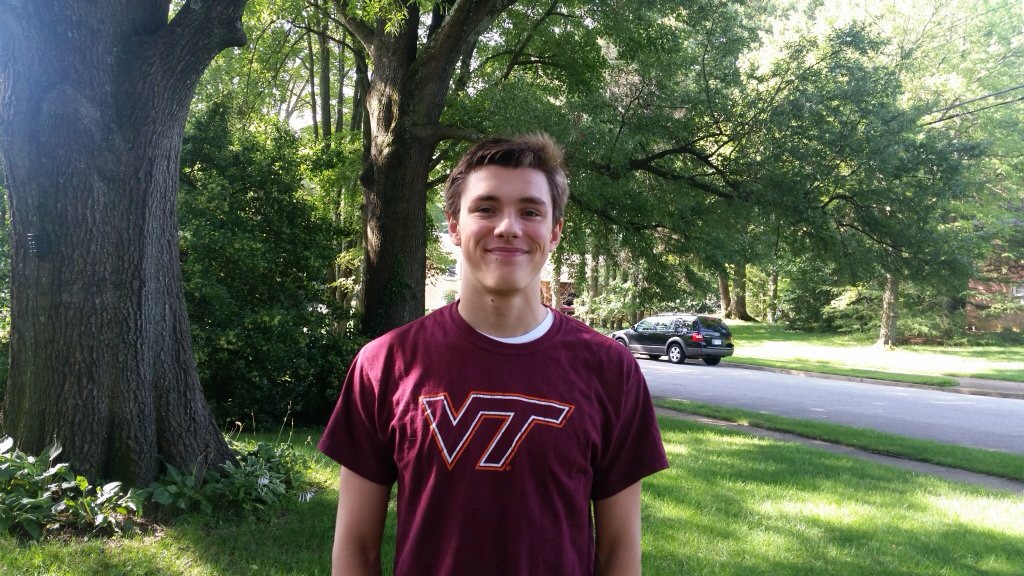 Lane Stone from West Springfield High School in Springfield, Virginia has verbally committed to the Virginia Tech Hokies. He will join the program in the fall of 2017.

“My brother goes to VT and he loves it. When we went to get him for Christmas break, I contacted the swim team and asked if someone could show me around,” Stone said of his decision-making process. “I was impressed with the facilities and how all athletes at VT are considered one team.  I also liked how at Junior day they called the swimmers student athletes and stressed both parts.   Being ranked number one in food is especially awesome for a swimmer too! Both Josh (Huger) and Ned (Skinner) have taken time to get to know me and I feel really comfortable with them.  I also liked how their team supported each other at trials.”

As alluded to, Lane’s older brother Will attends Virginia Tech, but he isn’t on the swim team there.

His times in the 500 and the 1650 free both would’ve scored at last year’s ACC Championships, and he’ll be an important addition to a team that lost its best 200 (Lucas Bureau) and 500 (Michael Szuba) yard freestylers at the end of last season.

Stone trains with the Nation’s Capital Swim Club. His home town of Springfield, very near Washington DC, is about a 4 hour drive from the Virginia Tech campus in Blacksburg.

So happy for you Lane!! You couldn’t have chose a better place!! I’ll be cheering for you!

I always like to read about these great swimmers and their college choices. Great school! Best of luck for the future.

Congratulations to Lane! What a wonderful addition to the H2Okies class of 2021. Also to note, Lane has the 1500 Olympic Trials cut. He swam three events at Trials.