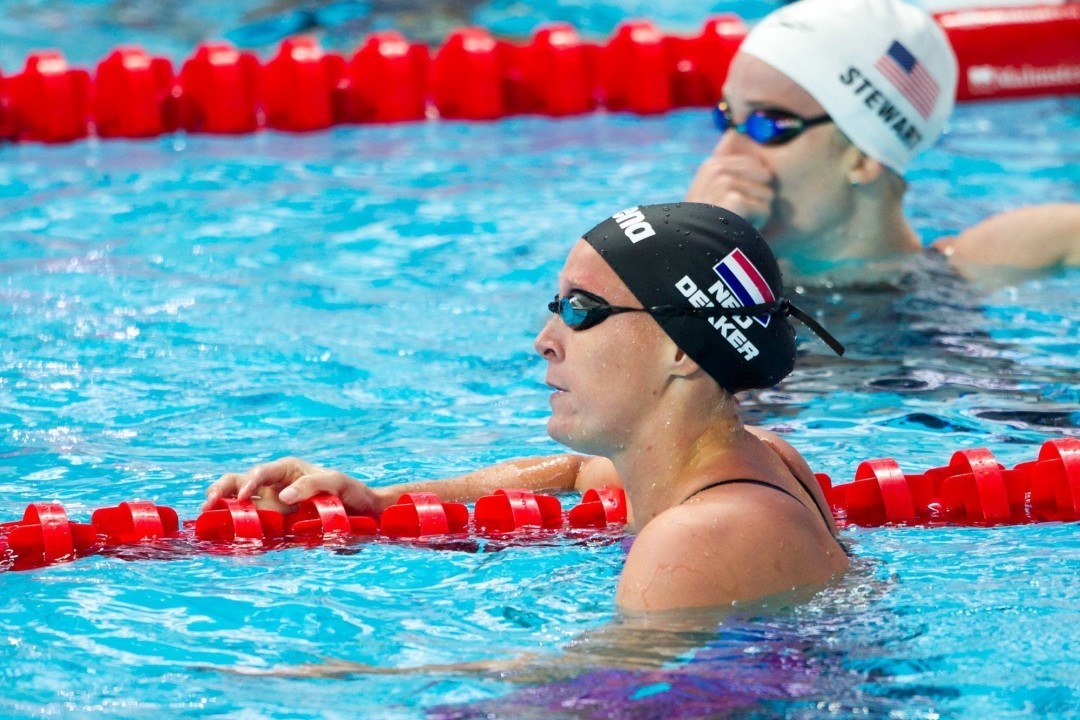 Just four months after being diagnosed with cervical cancer and undergoing surgery, Dutch swimmer Inge Dekker is back in the pool producing promising results. Archive photo via Tim Binning/TheSwimPictures.com

Inge Dekker, 3-time Olympian from the Netherlands, has quietly been making her comeback to the pool after dealing with a cervical cancer diagnosis and subsequent surgery. The 30-year-old was diagnosed with the disease just in February of this year and underwent successful surgery in March, putting her 2016 Olympic dream on temporarily on hold.

Opting not to swim at May’s European Championships in London, Dekker’s first competitive return to the pool was at the Sette Colli Trophy at the end of June. As a nod to the swimmer’s determination to get back to form, just a few months post-surgery, Dekker placed in each of her individual events at the meet. Dekker nabbed 8th in the 50m freestyle (25.57), 7th in the B-Final of the 100m freestyle (55.79) and 4th overall in the 100m butterfly (59.26 after clocking 58.61 in prelims).

A short time later, Dekker also took to the pool at the 2016 French Open in Vichy, again producing positive results after undergoing the emotional and physical turmoil of the cancer diagnosis. After landing the 8th seed in the women’s 200m freestyle in a time of 2:00.78, Dekker scratched the final, but raced in the finals of the 50m freestyle and 100m freestyle events, where she clocked times of 25.20 and 55.49, respectively.

Just this past weekend, Dekker competed at the KNZB Challenger, registering a swift 57.98 100m butterfly. That falls within the swimmer’s top 10 times of her career.

Of her journey back to health over such a short period of time, Dekker recently said, “You can not just undergo surgery and expect all to be equal again. Initially I could almost do nothing, I felt a lot of pain during movement. Happily, I only have a few scars, but that’s it.”

Insightfully, Dekker also commented, “the things in your life can change so fast I am now much more aware that it may be suddenly all past and that you will also should enjoy whatever you’re doing now. ”

We will report on the full Dutch Olympic swimming roster for Rio once it is released.

Hope your amazing recovery continues to go well. Best to you!