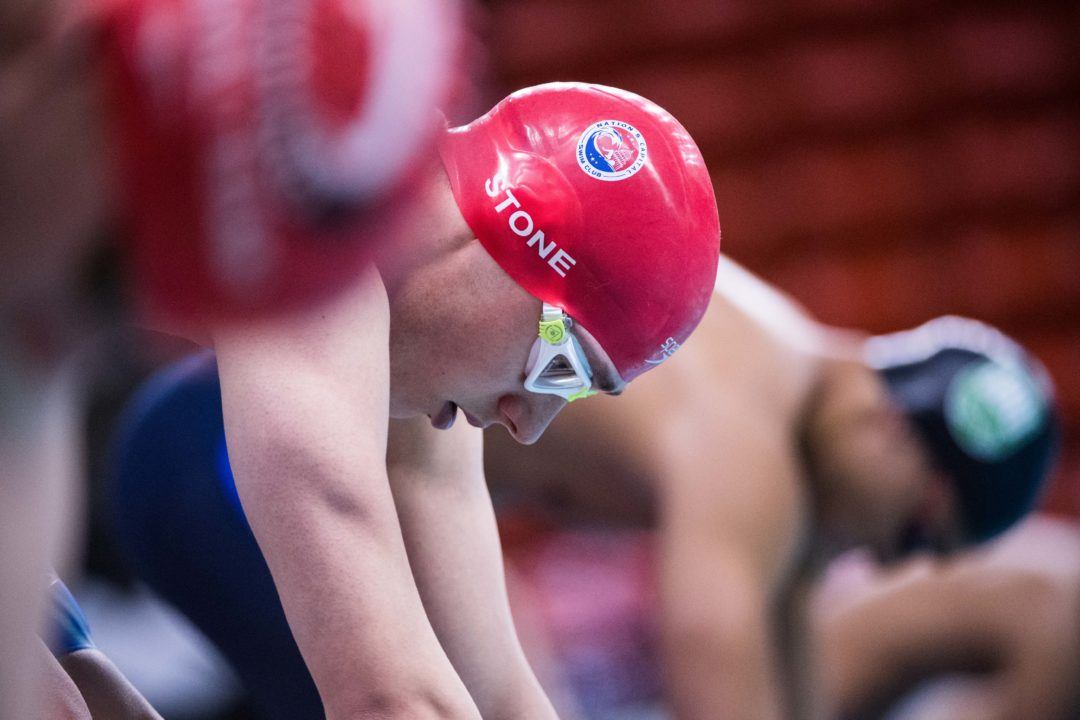 NCAP‘s Lane Stone and The Fish‘s Madelyn Donohoe each racked up numerous wins this weekend at the 2017 Potomac Valley Short Course Senior Champs, hosted by the University of Maryland.

Wow!! This Mahdelin Donohue girl is coming out of nowhere! What a rising star with an interesting story! Keep it up!!

She’s been around for years… def not out of nowhere

How on earth is maddelin dongahoe so fast? So impressed. Can’t wait to see how this superstar does in the future!

DONOWHO? Guess you don’t have a distance swimmer and don’t you live in Northern Virginia. Madelyn has been making an impact in this area for a long time. She is a great kid, both in and out of the water. Congratulations to both Lane and Madelyn for their outstanding performance at the meet this weekend.