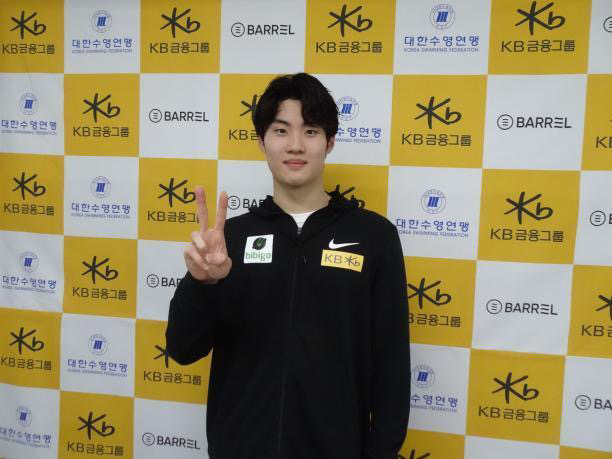 Already inserting himself onto the top performers’ list for 2022 with his prelims swim yesterday, 18-year-old Hwang Sunwoo dropped more time en route to topping the mens’ 100m free podium at these Korean Trials.

Following up on his 48.69 from last night’s session, Hwang punched a mark of 48.42 to grab gold and notch his name onto the consideration roster for the 2022 FINA World Aquatic Championships in Budapest.

The two-time Olympic finalist and reigning 200m freestyle world champion opened in 23.17 and brought it home in 25.25 to handily defeat the field in the only sub-49 second outing.

With his 48.42 performance, Hwang now bumps himself up to the top of the world rankings for 2022, beating out British speedster Lewis Burras‘ 48.45 from earlier this month.

Hwang owns the Korean national record and Asian continental record in this event with the 47.56 he nailed in the semifinals at the 2020 Olympic Games. The teen ultimately placed 5th in the 100m (47.82) there in Tokyo.

The teen also took on the 200m freestyle prelim here in Gimcheon with just the womens’ 100m free final in between. Hwang landed lane 4 in a cool 1:48.72, setting himself up for another potential event win and Budapest-qualifying effort in tomorrow night’s final.

Hwang’s name is often mentioned alongside two other teenagers in the form of South Africa’s Matt Sates (18) and Romania’s David Popovici (17). The trio was among SwimSwam’s ‘stealthy six’ to watch for Paris 2024 based on promising performances and proven mettle alongside the big guns on big stages.

This week, Sates is competing as a Georgia Bulldog at the NCAA Championships, already taking the national title in the men’s 500y freestyle. Popovici clocked a 100m free time of 48.50 and a 200m free mark of 1:46.72 at the Romanian Trials, of which you can read more about here.

Grousset should be #1 so far this year with his 48.34 from January

I’m still howling at the post from a regular here in December, dismissing Hwang as only good during short course. It’s like everyone is so mesmerized by Popovici they refuse to acknowledge the challenges he faces from other youngsters. Hwang was a heck of a lot closer to the medals than Popovici in the Tokyo final, and he demonstrated urgency and change of acceleration in that final while Popovici in lane 2 was monotone.

Raced Lewis burras the other day

Interesting. I wonder if he’s fully tapered or not

This meet is korean trials. So he’s saving for Worlds and Asian Games in September.

Duh I know what his times are, but he went 47 in Korean trials last year so i’m just curious what point of training he is leading up to this trials.