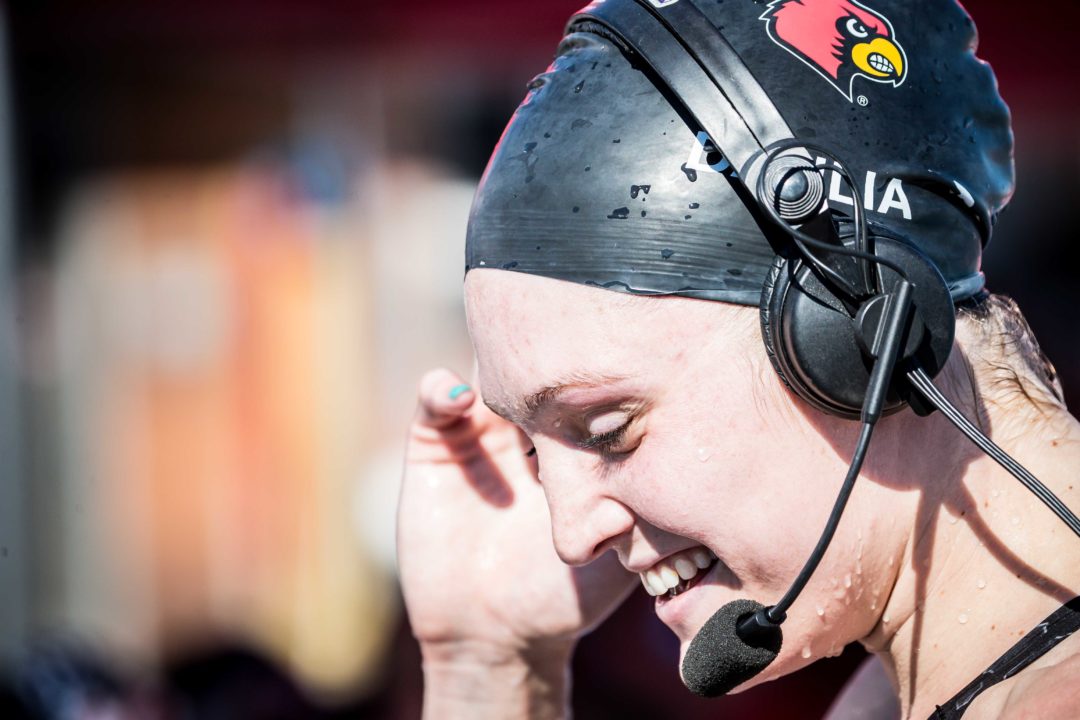 After not winning a single match last year, Kelsi Dahlia explained the condors' mindset of not ever letting their foot off the gas this aseason Current photo via Jack Spitser/Spitser Photography

“Last one fast one,” Hali Flickinger said after her win here, finishing 1-2 with her teammate Kelsi Dahlia and racking up the points for the Condor’s. Looking at the team scores, Energy Standard is falling a little behind where they need to be in order to have a chance at winning going into the skins.

Hali Flickinger and Kelsi Dahlia grabbed big points for Cali with their 1-2 finish, as well as Flickinger’s jackpot, coming away with 19 points. Energy Standard, meanwhile, earns 11 points with 3rd and 4th place finishes.

Dahlia will be back racing the 50 fly later while Flickinger will be in the 400 IM and the 200 free. Flickinger is one of the toughest swimmers in the ISL and was last weekend’s 400 IM winner in the second semifinal, so the momentum she gets from a lifetime best here could propel her to another victory (or possibly two) later, which would be huge.