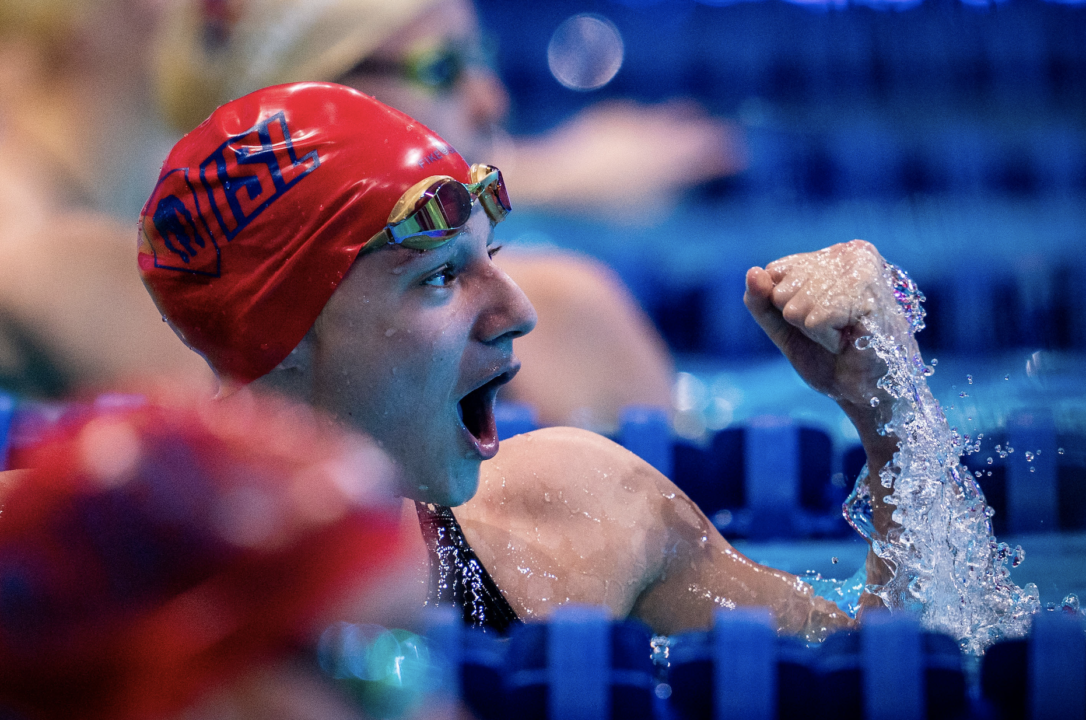 Banic, a 23-year-old American who represented the LA Current last year, was a surprise standout over the course of the abbreviated campaign in Budapest, and finished things off by setting her first American Record during the Grand Final.

Banic clocked a time of 24.80 in the women’s 50 butterfly, placing second to teammate Sarah Sjostrom, to take down Kelsi Dahlia‘s national record of 24.93 from the 2018 Short Course World Championships. Prior to the swim, Dahlia owned all three SCM fly national records.

Prior to the season, the former Tennessee Volunteer had never even raced the 50 fly in short course meters. During the 2019 ISL season, she only competed at two meets and was a relay-only swimmer.

In the all-time rankings, Banic now sits in a tie for the ninth-fastest woman ever.

In addition to the 50 butterfly American Record, Banic’s season also included a PB of 55.69 in the 100 fly, ranking her fifth in the ISL, and she also produced one of history’s fastest-ever 100 fly relay splits in 54.85.

Love it. Go Maddy! Someone to get behind and root for 100% without a doubt.
Even better is Marsh loses her off LA Current last year so he can add his daughter instead.

Kredich gang!! Is there a 200 medley world record? Bet Team Tennessee would take it down today: Kira, Molly, Maddy, and Brown.

Congrats to Maddy on a beast swim and an incredible season!

I don’t even realize this. This is great !

In the future, could US rosters for Short Course Worlds be selected actually using SCM times instead of LCM (which is terrible for determining who can swim fast in SCM) due to the rise of ISL? Would definitely give opportunities for swimmers like Banic or Coleman Stewart to qualify for that roster

Totally agree. Everyone would freak out if we picked our LC Olympic Team based on SCY times, right? Well, we’re doing exactly that in reverse.

She spells her name Maddy, not Maddie.

This is what I love about the ISL! Congrats Maddie!