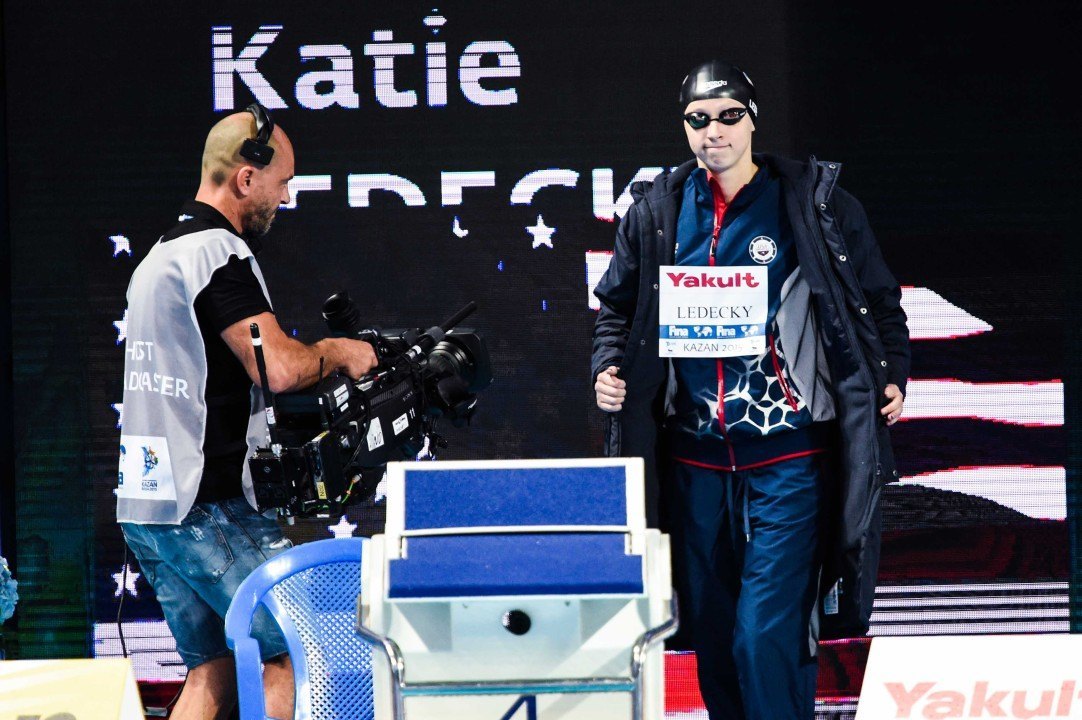 The United States ended up on top of the medal standings at the 2015 FINA World Championships, racking up a total of 8 golds, 10 silvers and 5 bronze medals at the conclusion of the meet.

Remarkably, Katie Ledecky was responsible, either in whole or in part, for an astounding 5 of those gold medals, as the 18-year old claimed the top prize in the 200m-400m-800m-1500m individual freestyle events, as well as a member of the 800m freestyle relay.

As reported by SwimSwam’s Mitch Bowmile, here are some interesting facts about Ledecky’s medal haul at this World Championships:

16. She responded kindly 2 times to our French TV interviewer which has not been the case for some swimmers and especially one famous guy still known as very nice. I will not give the names here.
She’s a polite girl with the head on her shoulders.

Congrats Katie for an historic meet.

I don’t believe that Americans know how lucky they are to have such a legend in their swimming team.

I think it was Rowdy Gaines who said something like Ledecky was the greatest swimmer in the world. Ledecky was asked about his statement in an interview. She clearly showed her respect for Rowdy Gaines, but also clearly classified the statement as his opinion. I think that was the best answer to any question I have ever heard in any interview.