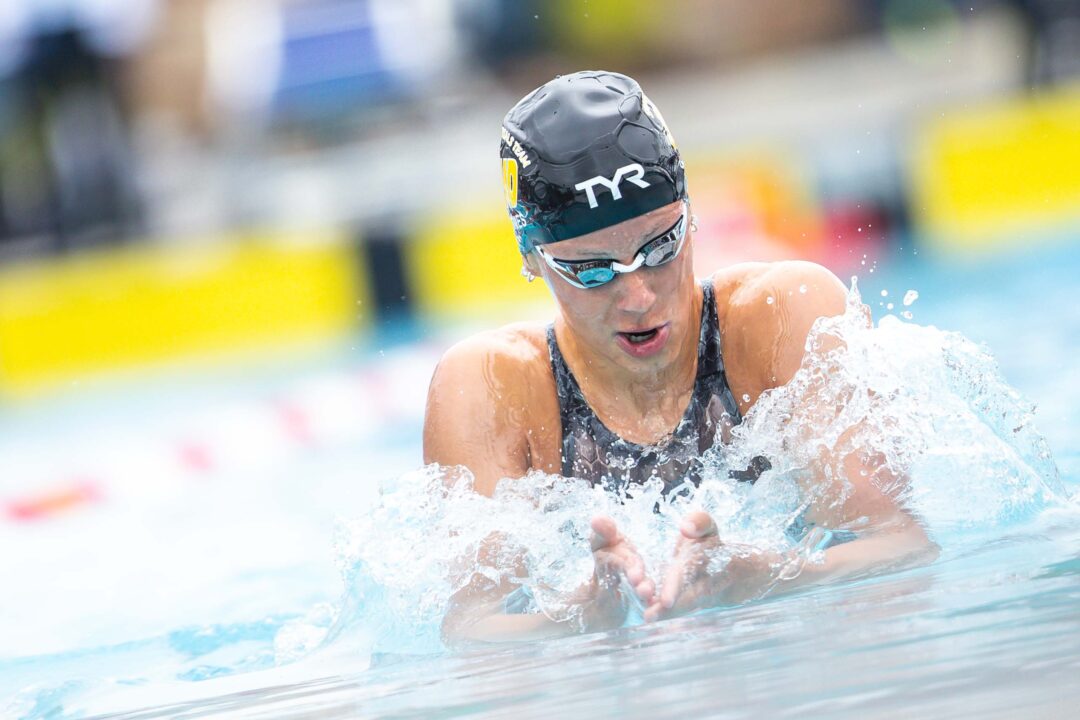 Compared to Beisel, Grimes is much stronger on fly and free—especially on fly when she took out her race in almost under a minute. In fact, Grimes being nearly four seconds faster than Beisel in her butterfly leg was what gave her the edge to break this record. However, Beisel had a slight advantage over Grimes on backstroke and a significant advantage on breaststroke.

Beisel went on to become a 2011 World Champion and 2012 Olympic silver medalist in the 400 IM, and ended up lowering her best time to 4:31.27. If Grimes continues to improve, she could be on a similar, or even better trajectory than Beisel. As the Sandpipers of Nevada swimmer does not turn 17 until January 8, 2023, she will have over half a year to drop more time and reset this NAG.

As far as I know, Beisel never told that story (2008 Olympic Team Trials).

Seems like less of a stroke-by-stroke advantage (except on free) and more a different strategic approach to the race. That opening 100 fly was awesome, though… she’d been swimming 200 back as a side event but wonder if she could do some real damage in a 2 fly.

Why do some breastrokers make their mouth look like Popeye?

Yeah, I give her props for chasing down Summer, she’s something else. I assume she and McIntosh will have some fierce battles. Looking forward to them!

Beisel swam the 400 IM by cruising the fly and then building up her backstroke so she was in good position to go into the lead during the breaststroke. She saved plenty of energy for the freestyle. Beisel in her book said she was sure she was going to win gold in 2012 when had the lead going into the free, and was shocked when Shewin zoomed past her after 25 meters of the free.

Katie Grimes has so much endurance that she looks like she’s going hard the whole way.

Katie Grimes definitely needs to work on the breaststroke.

Yes, she’ll be right there with Summer in this event. Also, Katie is just 7 months older than her.

Grimes is swimming 10K OW tomorrow I don’t know if its realistic to expect her to medal but will be following to see.