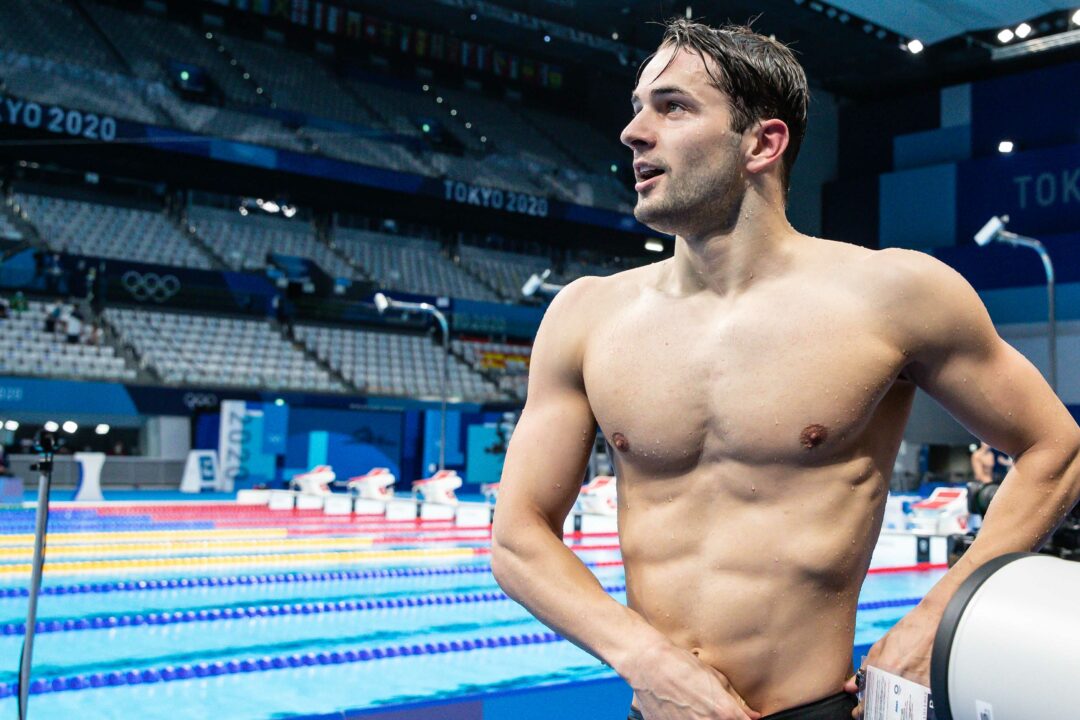 Arno Kamminga of the Netherlands nabbed the men’s 200m breast victory here in a time much quicker than Monaco. Current photo via Jack Spitser/Spitser Photography

Arno Kamminga of the Netherlands nabbed the men’s 200m breast victory here in a time much quicker than Monaco.

Racing on the Mare Nostrum Tour for the first time in 3 years, the Japanese squad brought many members who will be representing the nation next month in Budapest. Two of those swimmers are Yu Hanaguruma and Ryuya Mura, who finished with the silver and bronze, respectively here.

You can’t not like this guy. He’s a bright figure with pure class.

Wow first time I’ve seen an interview with him. Such a respectful individual and so clearly has respect and admiration for his competition. Was already a huge fan, even more so now

What time do you think he will do in 100 final at world’s? Surely no one can defeat him?

Andrew will beat both

im legit curious to hear how you figure this…