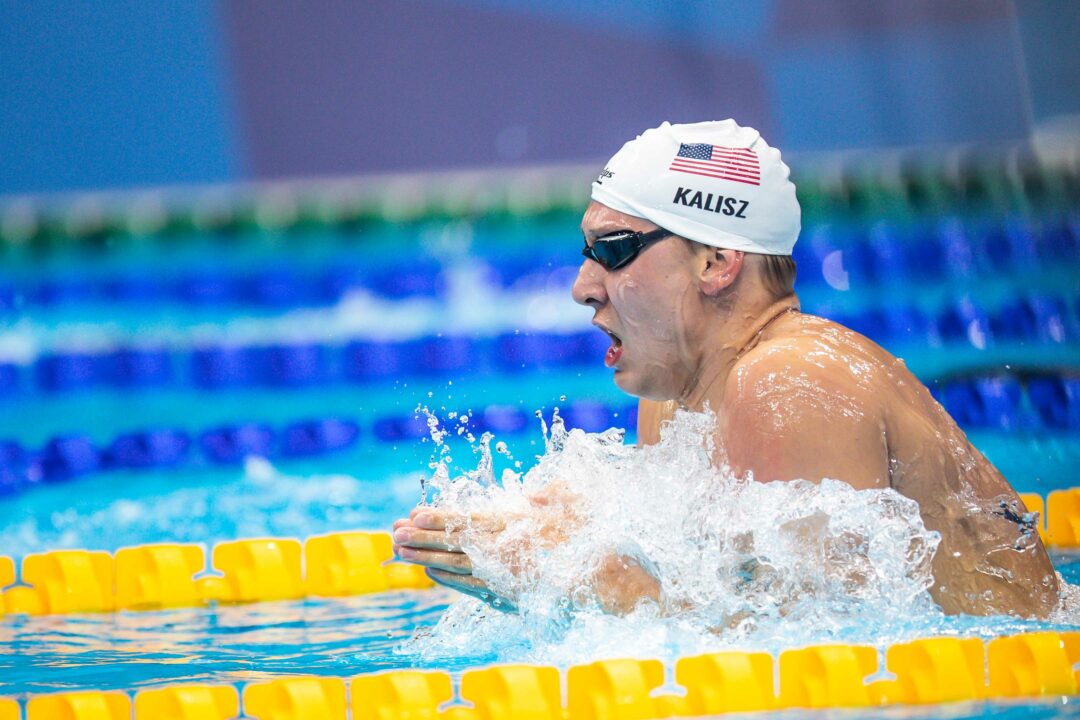 Chase Kalisz and Jay Litherland picked up the first medals for Team USA at the Tokyo 2020 Olympic Games with a 1-2 finish in the men's 400 IM. Current photo via Jack Spitser/Spitser Photography

The first American medals of the Tokyo 2020 Olympic Games came in the pool, as Georgia training partners Chase Kalisz and Jay Litherland went 1-2 in the men’s 400 individual medley to open the first night of swimming finals.

The first GOLD 🥇 for #TeamUSA — Chase Kalisz swimming a strong finish in the 400 IM. His family watching in Florida is thrilled! USA takes the silver too with Jay Litherland #Tokyo2020 @NBCPhiladelphia pic.twitter.com/Bp7UrOPybm

The University of Georgia grad’s winning time was 4:09.42, well off his personal best of 4:05.90, but it doesn’t matter when you win Olympic gold.

In a post-race interview with NBC, Kalisz hinted at potentially retiring after the Games: “This was the last thing I wanted to accomplish in my swimming career, ” he said.

A total of 37 medals had been awarded at the Games upon the beginning of tonight’s finals session.

Some of these longer races are more strategy than anything

only other morning final was Beijing, so…………

and they had tech suits……

LETS GOOOOO
Jay is such a beast

We can cry for Carson Foster, or we can rejoice for American dominance. We don’t even need to bring the fastest guy to get first and second.

The 3 years will pass faster than we know. Foster will be good to go. Just needed to deal with the nerves at trials better.

From the finals preview thread at 8:22pm central

Yeah, after that interview, it seems like Kalisz will retire. Don’t really blame him, now that he has won the gold… Also, he would be 30 years old at next olympics.

I didn’t see the interview, but from what he said at Trials, it hinted more towards this being his last go at the 400IM, not necessarily at swimming entirely. Could just focus down to 200IM-200fly perhaps. Or, maybe the gold medal here was indeed the last big thing he wants to accomplish before retiring – I guess we’ll find that out once the games are over, but I think he could hang around for another Olympics if he wants to.

Foster must be kicking himself after that 4:08 swim he threw down today weeks after Trials