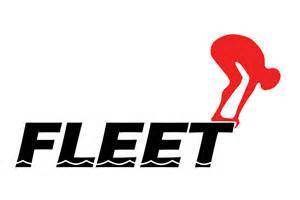 Louis Demetriades was named the new head coach of the Cypress Fairbanks Swim Club (Fleet) in a message sent out... Archive photo via Fleet

Louis Demetriades was named the new head coach of the Cypress Fairbanks Swim Club (Fleet) in a message sent out to families from the board of directors and Demetriades himself.

The club, stationed in Cypress, Texas, said “effective immediately, Louis Demetriades will be our new Head Coach. We know he is the leader to take our Club forward and achieve our immediate and future goals.”

Bocci joined Fleet in June of 2016, effectively only completing one full season with the Fleet team.

Bocci has been removed from the Fleet website and replaced by Demetriades.

While Bocci isn’t mentioned in the announcement sent out to Fleet membership, the transition between coaches is. “During this transition, Fleet will continue to meet and exceed the needs of your athletes. We have a short term plan in place to address coaching adjustments. Louis will be working with the board to address the long term solutions needed.”

The statement goes on to say, “As we move forward, we would like to encourage everyone to be positive and supportive of our team, Board, coaches, and direction.”

Before joining Fleet Demetriades was the head coach of Memphis Tiger swimming for five seasons before joining the NGSV Gator Aquatics as head coach for eight seasons. Demetriades also boasts a stint as head age group coach at Nashville Aquatic Club where he was named the Age Group Coach of the Year for the Southeastern LSC in 2000.

Fleet was named a bronze medal club in the USA Swimming Club Excellence rankings in 2018 ranking it as one of the top 200 clubs in the United States.

See the press release below:

Mass exodus of top swimmers to surrounding teams= change in management. Honestly, may have taken too long for CFSC to act.

Well I guess we should have the National Group conduct the interviews for head coaches from now on…..

Bocci was a decent Coach for a season. After that season the results of his “distance” mindset training started to really affect the shorter distance swimmers and begin to wear down the few top level swimmers he had. The end of season results showed this in how only a few people had successful swim meets out of the twenty six swimmers in our group at the time.

Jim is a fantastic coach and I know he will find the right fit soon! Jim’s passion and enthusiasm will continue to serve him well in the future; wishing him the best of luck!