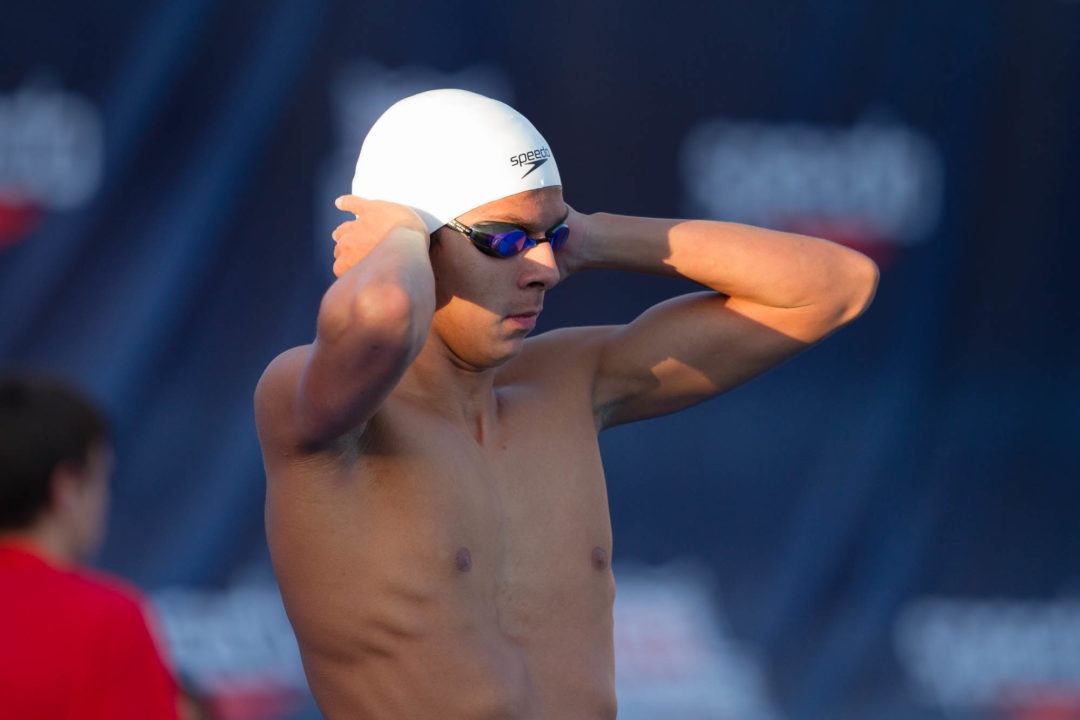 Besides a National Record, Martinez dipped under the FINA "A" qualifying time for the 2020 Olympic Games in Tokyo, Japan. Current photo via Tim Binning/TheSwimPictures.com

Luis Martinez broke the Guatemalan national record in the 100m butterfly this morning during the heats at Canadian Trials in Toronto, Ont.

Martinez, who represents Auburn, rocketed to a 51.87 this morning  to set the national record and break 52-seconds in the long course race for the first time. Despite putting up the fastest time, since Martinez is not Canadian, he will swim in the consolation final tonight for a chance to dip under that mark once again.

The Guatemalan national record holder was ecstatic in his in-pool celebration, smacking the water with enthusiasm after realizing his time.

The 23-year-old held the previous national record at 52.14 from the TYR Pro Swim Series in Knoxville earlier this season. His time also pushes him under the 51.96 Olympic “A” qualifying time, which in his country assures him a spot at the Tokyo 2020 Olympic Games.

Martinez’ time ranks him third in the world this season.

8th in the world not third