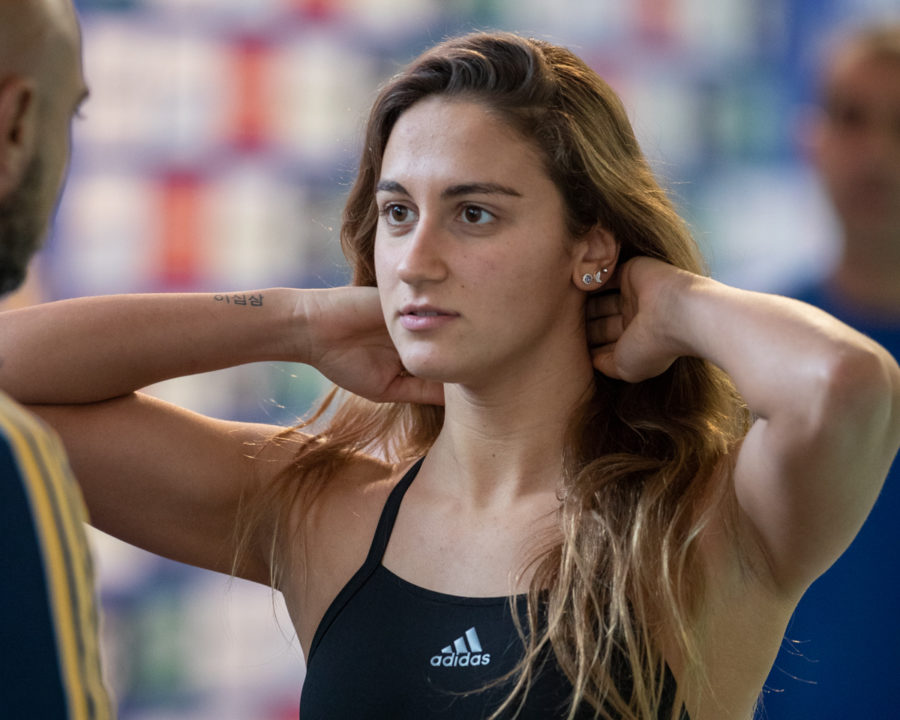 Simona Quadarella is the defending European Champion in the women's 400, 800, and 1500 meter freestyles, and leads 47 Italians to Budapest next month. Archive photo via “Rafael/Domeyko Photography”

FIN, the Italian Swimming Federation, has published a 47-swimmer roster for the upcoming European Aquatics Championships.

The roster includes 38 swimmers who hit qualifying standards for the event, plus an additional 9 discretionary picks from the federation. These discretionary choices are based on relay needs and to give some young swimmers international experience.

Among the women added is Ilaria Bianchi, a three-time Italian Olympian who represented the country at last summer’s World Championships in the 100 fly. She’s the country’s second-best sprint butterflier behind Elena Di Liddo, and can be used on a prelims relay that would still have no trouble qualifying for finals (especially on the strength of the breaststroke depth).

Italy had a breakthrough performance in swimming at the 2018 European Aquatics Championships, earning 6 golds among 22 total medals. That ranked them 3rd behind the hosts Great Britain and Russia.

The Olympic year European Championships take on a very different vibe, though, as a mixture of nations using it as a last chance qualifier for the Games, and others just as a mid-season racing challenge. In 2016, Italy was also 3rd on the medals table with 5 golds among 17 total.

Most of the country’s top names will return for the event. That includes Simona Quadarella, who is the defending European champion in the 400, 800, and 1500 freestyles. World Record holder and World Champion in the 200 free Federica Pellegrini, and the country’s two male distance aces Gregorio Paltrinieri and Gabriele Detti are also entered.

The battle in prelims of the women’s 100 breaststroke will be electric as well, as the country’s three-headed monster of Benedetta Pilato, Martina Carraro, and Arianna Castiglioni will battle for two spots allowed to advance to the semi-finals. Carraro and Pilato are the two selected for the Olympic Games, which means Castilgioni has the freedom

The whole event will run from May 10-23 without spectators, with the swimming portion spanning May 17-23.