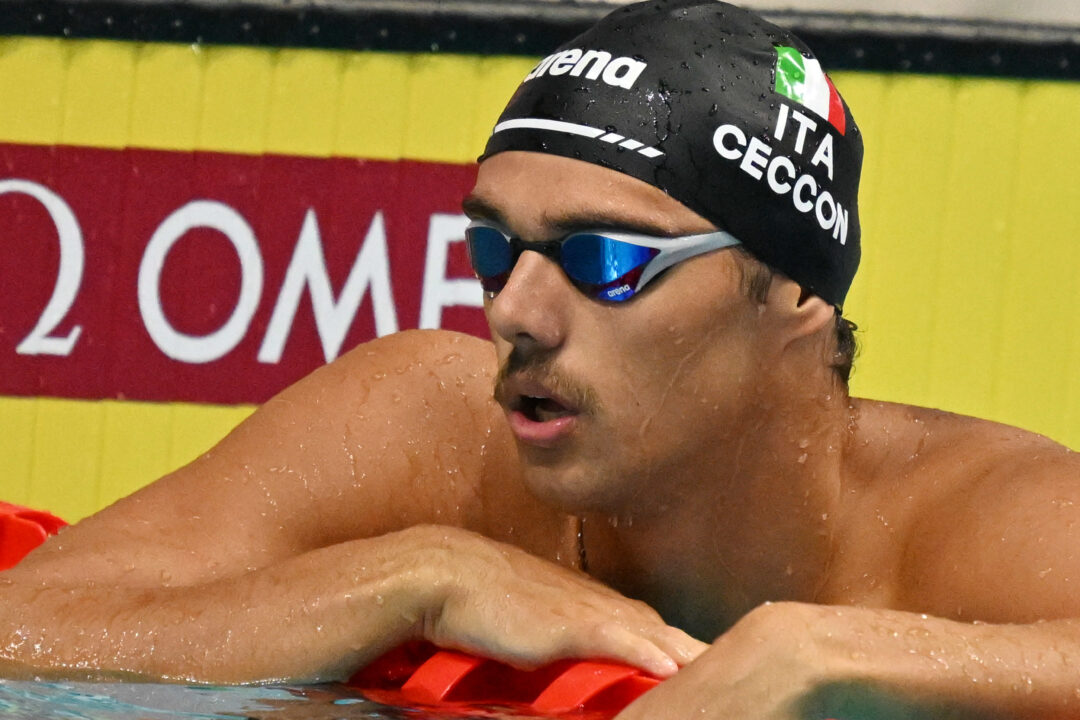 The Italian Swimming Federation (FIN) has announced their 20-member roster for the 2022 Short Course World Championships that will be held next month in Melbourne, Australia.

Italy placed 3rd in the team standings at the 2021 Short Course World Champs in Abu Dhabi, with five gold, five silver, and six bronze medals. This summer, they topped the medal table for the first time ever at the European Championships with thirty-five medals in total.

Thomas Ceccon highlights the men’s side of the roster, and is coming off of a breakthrough summer of racing. The highlight of his summer was his World Record performance at the 2021 World Championships in Budapest, where he lowered Ryan Murphy’s 2016 World Record by a quarter of a second, winning the event in 51.60. Ceccon picked up a bronze medal in the 100m IM in Abu Dhabi last year, as well as contributed to Italy’s 2nd place 400 freestyle relay.

Nicolo Martinenghi returns to the SC Worlds roster after winning the 100m breaststroke at this summer’s World Championships in Budapest. He combined with Italian National record holder Lorenzo Mora, Rivolta, and Miressi last December to take gold in the 4x100m medley relay with a new Championship record.

Due to a medical episode this summer, Italy will be without Lorenzo Zazzeri. Zazzeri has been Italy’s second-fastest 100 freestyler in 2022, and contributed to Italy’s winning 4x50m freestyle relay and 2nd place 4x100m freestyle relay in Abu Dhabi last December.

Elena Di Liddo is the only other medalist from the 2021 team who is absent. Di Lido was the fly leg on the 3rd place mixed 4×50 medley relay.

Scalia swam faster than the QT in the 100 back, so no discretional choice for her