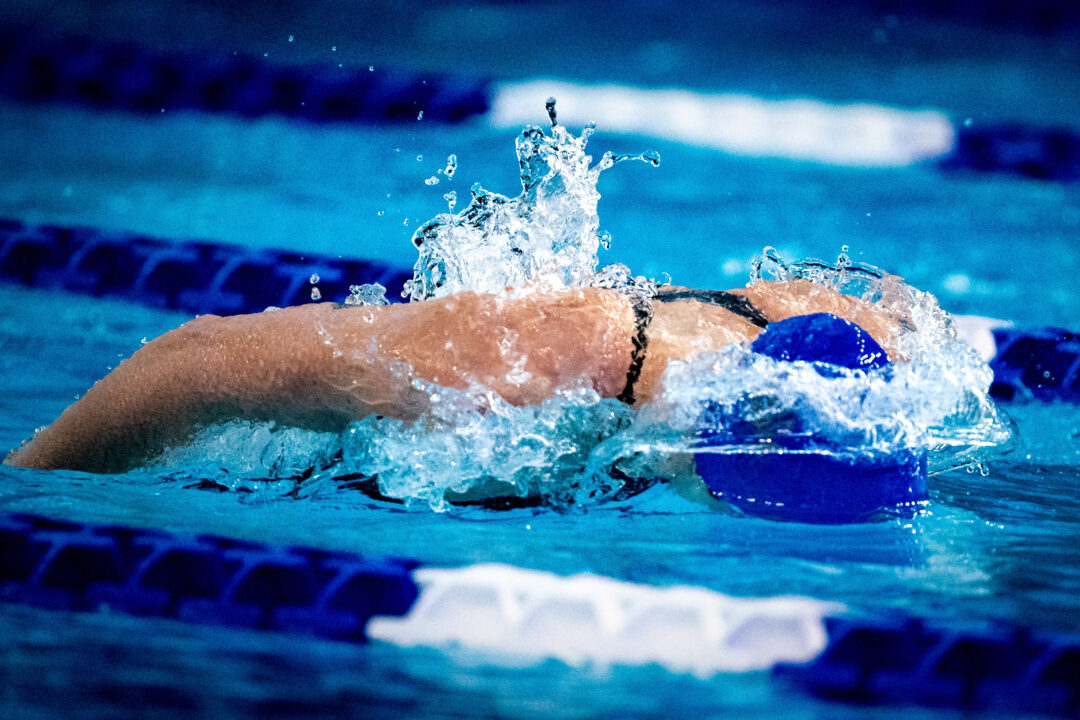 Although she was off her best time, the American record, Kelsi Dahlia shaved .33 seconds off her ISL record from earlier this season, Archive photo via Giorgio Scala / Deepbluemedia / Insidefoto

Match 4 of the International Swimming League’s playoff season got off to a quick start with Cali Condors butterfly Kelsi Dahlia lowering her own league record in the 100 fly.

Dahlia was well ahead of second-place finisher Emma McKeon, who was 56.00 for the London Roar. Dahlia scared the world record in her opening 50, and told Mark Foster after the race that she “tried a new strategy on the first lap.”

Sarah Sjostrom owns the world record in the SCM 100 fly at 54.61 and Dahlia is the No. 2 performer in history. The two are the only women in history to break the 55-second barrier in the event.

Dahlia, a 2016 Olympic medalist, is having a bounceback ISL season after missing out on the 2020 U.S. Olympic Team.