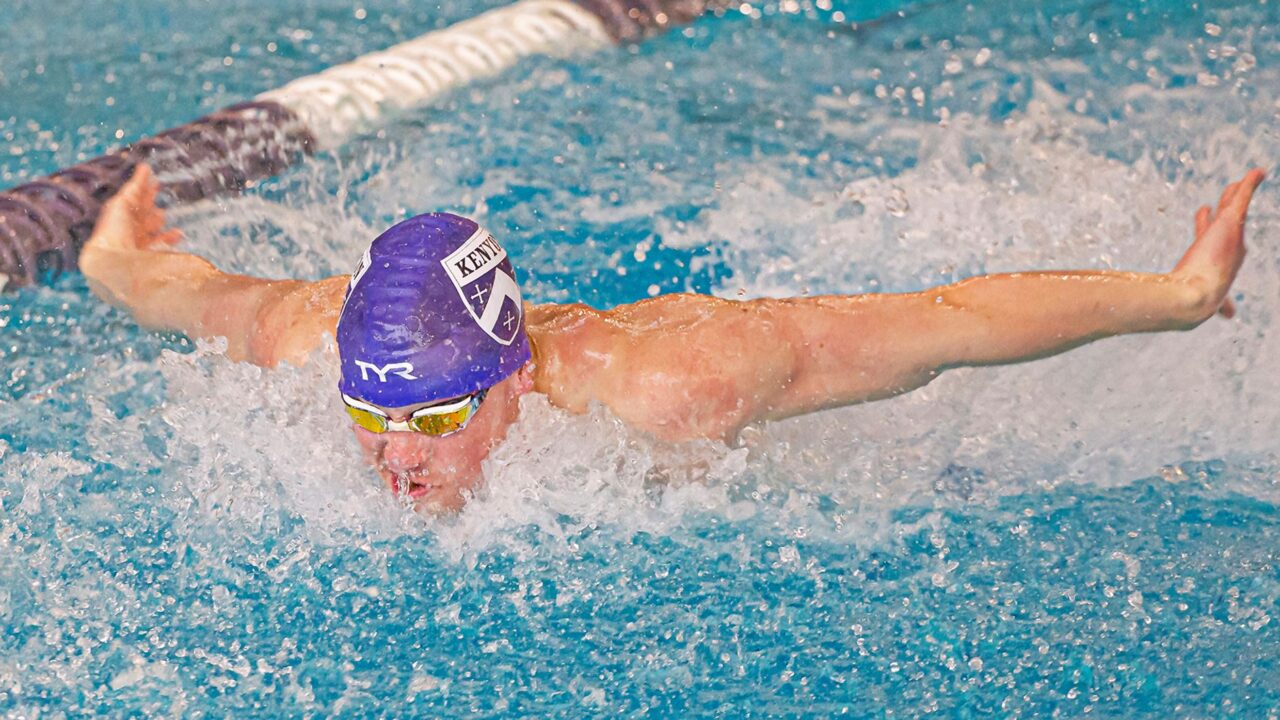 Fitch, known for unofficially breaking the record while using flip turns instead of open turns, officially re-broke the mark on Friday.

Fitch went 46.46 in the 100-yard butterfly, splitting 21.54/24.92, bettering his own Division III record. His previous record was 46.92 from the 2019 NCAA Division III Championships. He’s well-known, however, for unofficially bettering that mark to 46.83 while doing flip turns instead of open turns at an intrasquad meet in place of the national championships last year.

Fitch went 47.17 in prelims on Friday, first getting under the NCAA A cut, and just missing the meet record by 47.15. Kenyon junior Nicholas Tong was 48.19, a best time, for second place in the final

His turns are interesting. I’m not making any judgement call as he is clearly a phenomenal swimmer. However, and perhaps its just a streaming issue, the video looks like it does not get his 50 split until his feet touch, not when his hands should touch. Could also be an issue with pads perhaps. Great swim regardless!

Amazing! 46.46 this time of year is impressive. If history is any guide, a 45-second 1fly in D3 seems in the cards. I haven’t seen video of this swim but when he did the 46.92 the turns looked completely legal and also very fast. I think it’s an innovation that we may see more of, particularly in sprint SCY where you can afford to skip breaths. Just think how so many flyers trend towards no-breath final 25s

He’s so efficient in the movement that I’m surprised D1 or other levels haven’t implemented the move!

Yeahhhh ok sureeee swimdad. If it was that good other programs would have implemented it. #OldHead

A few D1 swimmers have done it, I think at least one at NCAA’s a few years ago

Not sure if downvotes are about the 45 prediction or the viability of the move. There’s basically no precedent for kenyons swimmers peaking at this meet (usually much faster in March) so I assume it’s not the 45 but rather that people think it’s illegal? I really don’t think so and am curious if/why people think it is.

It’s definitely legal but there have been a few meets where his splits didn’t appear on the board until his feet touch. I think that’s largely a misconception since his turn is always going to result in a soft touch with the hands, which will cause the pad to not to log his hand split on a regular basis.

Lots of delays in splits appearing at the meet generally so not just limited to him. Older timing equipment?

https://swimswam.com/kenyons-david-fitch-flip-turns-his-way-to-new-ncaa-d3-100-fly-record/
Good recap of his turns