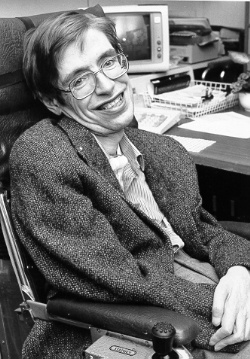 Professor Stephen Hawking was an extraordinary man and a pioneer for all people with an impairment around the world. He embodied the word ability more than anyone. Current photo via NASA StarChild/Wikimedia

Stephen Hawking, one of the most renowned theoretical physicists of the generation has died at the age of 76. Hawking was diagnosed with ALS (amyotrophic lateral sclerosis) at the age of 21 in 1963, with him initially only estimated to live a few years past the diagnosis. Despite the odds against him, Hawking defied these odds to live another 55 years.

The author of “A Brief History of Time” will be remembered for his courageous fight over ALS and what that meant for the para-world going forward.

“Professor Stephen Hawking was an extraordinary man and a pioneer for all people with an impairment around the world. He embodied the word ability more than anyone.

“In the Paralympic Movement, we always say that Para athletes see challenges as opportunities to do things differently. Although not a Para athlete, Hawking did just that, finding innovative solutions to overcome his disability and continue his groundbreaking work as a world-leading physicist.

“We are eternally grateful that he was involved in the London 2012 Paralympic Games and his words from the Opening Ceremony were truly magical.

“He said the Paralympic Games transform people’s perceptions of the world, and thanks to his inspirational work we know far more about the world that we live today.”