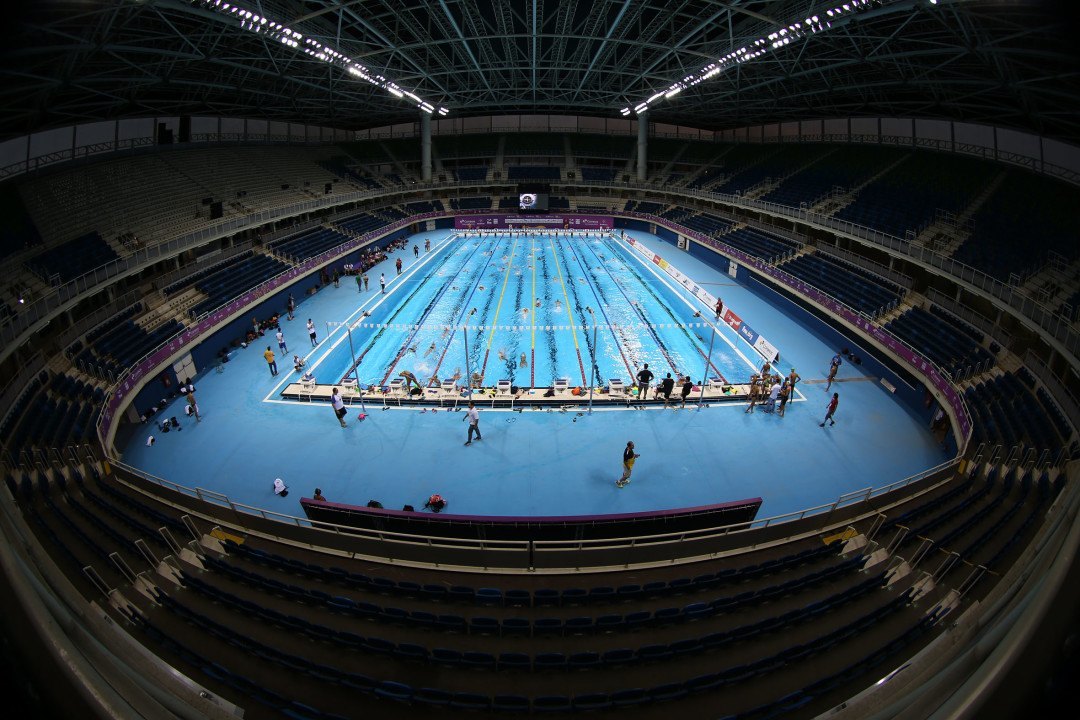 In the first enforcement we've seen of FINA's new rule requiring relay alternates to compete, Hungary has taken a pair of disqualifications in the men's 4x100 and 4x200 free relays. Stock photo via Satiro Sodre/SS Press

In the first enforcement we’ve seen of FINA’s new rule requiring relay alternates to compete, Hungary has taken a pair of disqualifications in the men’s 4×100 and 4×200 free relays.

The rule, which takes effect for the first time in 2016, says that any nation that brings “relay-only” swimmers to the Olympics must swim those relay-only athletes on the relay they were entered in, or that relay will be disqualified.

Hungary was DQ’d in both the men’s 4×100 and 4×200 free relays for not swimming relay-only swimmers – but the twist is that the nation didn’t qualify for finals, so the DQs didn’t have a major impact.

So in theory, had Hungary made the top 8 in either relay, it would have had a chance to swap out some prelims swimmers for its “relay-only” swimmers to remain legal in the finals. But doing so would have actually slowed down their relay considerably.

We can’t confirm who the relay-only swimmers were because in another turn in the story, FINA took all the “relay-only” names off of the latest version of the official entry lists posted on its website.

But an earlier list showed four relay only names on each relay:

But the other 6 did not compete, leading to both relays disqualification. Neither team would have made the final, but if they had, it would have brought up an interesting conundrum for Hungary: swap out 3 of 4 legs for swimmers who, by previous results, were slower than the prelims team or swim the faster team and take a DQ.

What’s the reasoning behind this new rule?

Troy – as with most things, that’s a secret. Ostensibly, though, it’s to limit the number of “Olympic tourists” and increase the number of available Universality and “B” time spots, since relay only swimmers count against the 900 cap even if they don’t race.

Fina is a joke.. None of its officials and members even understand the rules they created.

Should Hungary finds it worthy of their time, they could even counter claim and argue that all USA relays should be DQ if the rules are interpreted as is.

These mostly young swimmers were in Rio to prepare with the team and get XP for Tokio (or Budapest). I see a chance for both teams to qualify for the final in Budapest. Kozma is big talent, just regaining strength after serious health problems. Will be much better for Budapest.

You mentioned Kozma. Bernek is world champion, Bochus is really good in free, previously back and Takacs is our senior spinter mainly 50 free. The youngsters will be good. And we have some more at home.

What if your relay-only swimmer gets sick? Do they need a “doctor’s note”?

I thought the rule was that the relay only swimmers must swim, but not necessarily in the relay the qualified in. I thought they just had to swim period in order to adhere to the rule?

Actually I get it. If you are on the bubble to make finals but not a threat to medal you put your A team in prelims so you have a shot at the finals. Did I miss something?