Horton Responds To Sun Sentence: “My Stance Has Always Been About Clean Sport” 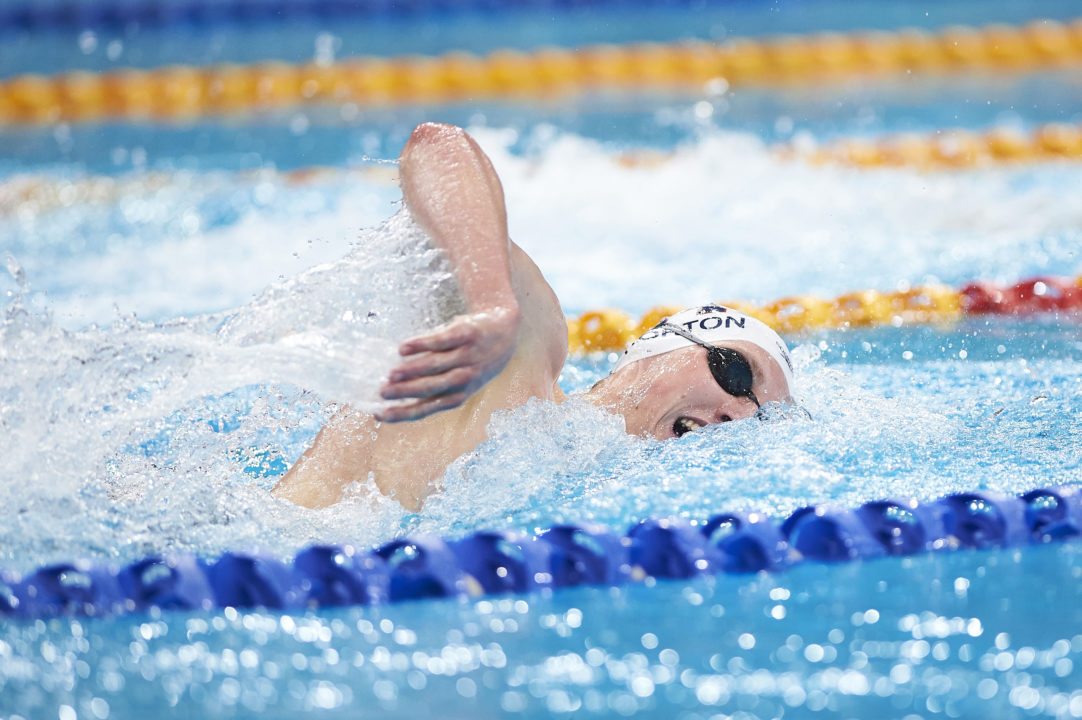 Mack Horton spoke publicly for the first time since his rival Sun Yang received an eight-year period of ineligibility stemming from a 2018 doping test. Current photo via Jaimi Joy

Just over two days after Chinese superstar Sun Yang was handed an eight-year period of ineligibility from the Court of Arbitration for Sport, rival Mack Horton has broken his silence on the matter.

Horton’s name has consistently been coming up since the Sun verdict was delivered, as the Australian has long been one of the most vocal athletes against allowing athletes convicted of doping, specifically Sun, to compete.

Speaking to Australia’s 7NEWS, Horton didn’t take shots at Sun, and instead spoke about how, no matter what the call was, he continues to fully support clean sport.

“I think regardless of the outcome it was always going to be a statement to the world and my stance has always been about clean sport never about nations or individuals,” said the 2016 Olympic gold medalist.

“It goes on,” he said, after being asked if he was relieved. “I’m just a guy still chasing the dream… we’ve got a job to do this morning and we’ll just keep going.”

The two athletes have a long history, dating back to the 2016 Olympics when Sun splashed Horton during a warm-up session prior to the start of the competition. “He splashed me to say ‘Hi’ and I ignored him because I don’t have time for drug cheats,” Horton would go on to tell the media.

On the first day of those Olympics, Horton won gold in the men’s 400 freestyle, with Sun in second, and the Aussie was quoted as saying: “Definitely a win for the good guys. Don’t know if it was a rivalry between me and him, just me and an athlete who has tested positive I guess” post-race.

The two would continue to butt heads at the 2019 World Championships last summer, first needing to be separated during a warm-up, and then, after Sun won gold and Horton silver in the 400 free, the Aussie refused to share the podium with him.

Sun’s ineligibility sentencing stems from an incident at a September 2018 out-of-competition anti-doping test, where he challenged the authority and credentials of the doping control agents. He ended up smashing a vial of his blood, and was found guilty of having tampered with the doping control process.

Sun has since said he plans to appeal to the Swiss Federal Supreme Court.

You are strong man and correctly behavoir.

Sun Yang is gonna be in Tokyo

and watch from the stands

I like how Mack breaths so close to the water. You almost never see his mouth from a side angle. Looks like he just leaves his right eye out of the water most of the times

I cant master that skill!