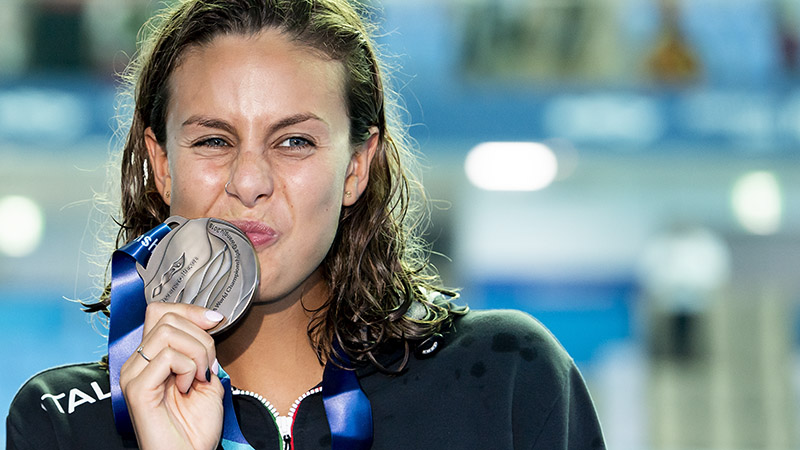 Just as the Germans are heading straight to their Summer Nationals off of the World Championships, so are the Italians, as their national summer meet gets underway this Thursday, August 1st.

Italy is coming off of its best-ever World Championships performance as a team, where they reaped 8 total medals and set 14 new National Records. We’ll see several of the heavy-hitters here in Rome over the course of the 4-day affair, including Martina Carraro.

Carraro made history by earning her nation’s first-ever World Championships medal in the women’s 100m breaststroke with the bronze. She’ll be joined at these Championships by Arianna Castiglioni and Ilaria Bianchi.

One of our top 5 swimmers from the European Youth Olympic Festival, Erika Francesca Gaetani, is set to race at these Italian Summer Nationals, as is Giulia Salin, double gold medalist at the European Junior Championships. Constanza Cocconcelli also earned European Juniors gold in the 50m free and is expected to compete here in Rome.