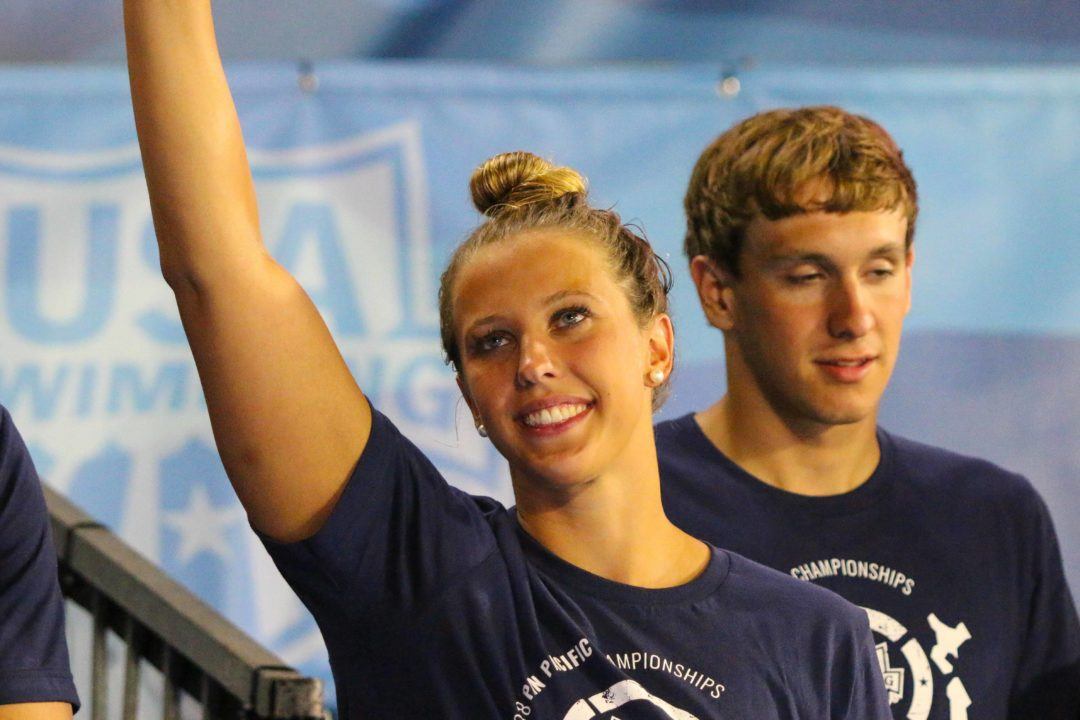 Straight from Korea, American Kathleen Baker will be competing at the German Nationals in Berlin, which start on Thursday, August 1st. Archive photo via Jack Spitser/Spitser Photography

The sport of swimming never stops, as the nation of Germany is set to hold its Championship meet just days after the conclusion of the 2019 FINA World Aquatics Championships in Gwangju, Korea.

Headed to Berlin is an American in the form of Kathleen Baker, the former World Record holder in the women’s 100m backstroke. Baker competed in Korea, where she finished 6th in both the 50m and 100m back in respective times of 27.69 and 59.56, while just missing out of the women’s 200m back in 9th with a semi effort of 2:09.68.

Her first event, the women’s 100m back, represented her return to the pool in her first race in 4th months. The Team Elite start suffered a rib injury while sick in April.

Baker will start for the club Essenes in both the 100m and 200m back at these German Nationals, alongside boyfriend Marius Kusch. Both train under Coach David Marsh in San Diego.

Wellbrock made history in Gwangju by becoming the first man ever to take gold in both the 10k open water event and the 1500m freestyle event at a major international meet.

What I would give for some real German food and beer right now, a great training/vacation trip in a beautiful country. Go to Kiel!

Why? Is she German? Maybe covering her options to make another country’s Olympic Team?

her boyfriend is German. Going to assume it has something to do with that.

She dates a German swimmer. We have foreigners at our Nationals that aren’t Trials. Maybe good way to meet the in-laws!

Kelsi dahlia did the same things a few years ago

Vote Up28-2Vote Down Reply
Knows Nothing

4th Paragraph. This is only fair since they seem to have spent so much time stateside.

Can’t just do that. Once she has competed internationally for USA she would have to live in Germany 1 year to change federations.

Must be from NC State….

Interesting. She is a known lover of kush, and it is legal in Germany!

that took me a second lol

Unfortunately its actually not legal here… Still a good joke😁

Kudos on that one lol