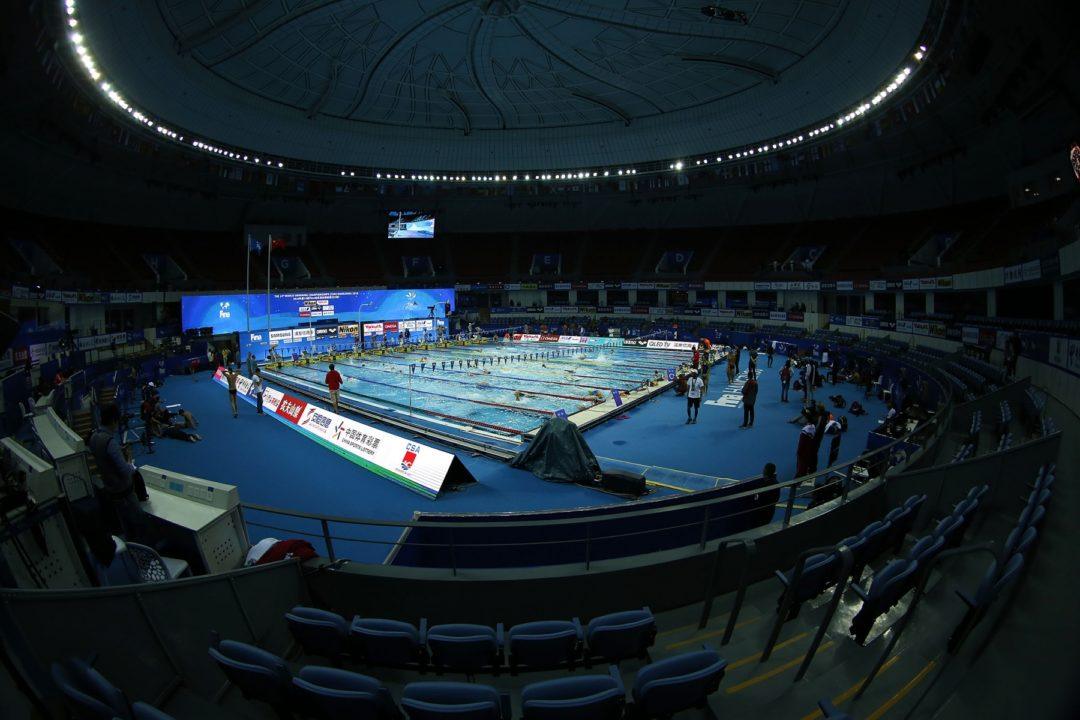 Haley Black broke the Canadian Record in the women's 50 fly in Hangzhou, improving her best time by nearly eight-tenths of a second. Archive photo via Satiro Sodre/SS Press

Canadian Haley Black had a breakout swim in the preliminary heats of the women’s 50 fly on day 3 of the 2018 Short Course World Championships, setting a new National Record in a time of 25.43.

Black, who came into the meet with a lifetime best of 26.21, dropped almost eight-tenths of a second to set the record, as she takes down the 25.51 mark set by Katerine Savard at the 2016 World Championships where she finished 6th. Black went that 26.21 just over a month ago, and hadn’t broken 27 seconds prior to that.

Seeded just 29th coming into the meet, Black now advances into the semi-finals in a tie for 2nd overall with Melanie Henique of France, trailing only Ranomi Kromowidjojo (25.32) of the Netherlands.

Black also quietly had the 3rd fastest butterfly split in the field during the preliminaries of the women’s 4×50 medley relay on day 2, going 25.14 as the Canadians missed the final in 10th.

Unlike the 2016 Championships, which Canada hosted in Windsor, the Canadian team hasn’t sent any of their top tier swimmers to Hangzhou, only sending a select few who had made specific time standards at their Trials but missed qualifying for the Pan Pacs. The team is made up of just six swimmers.