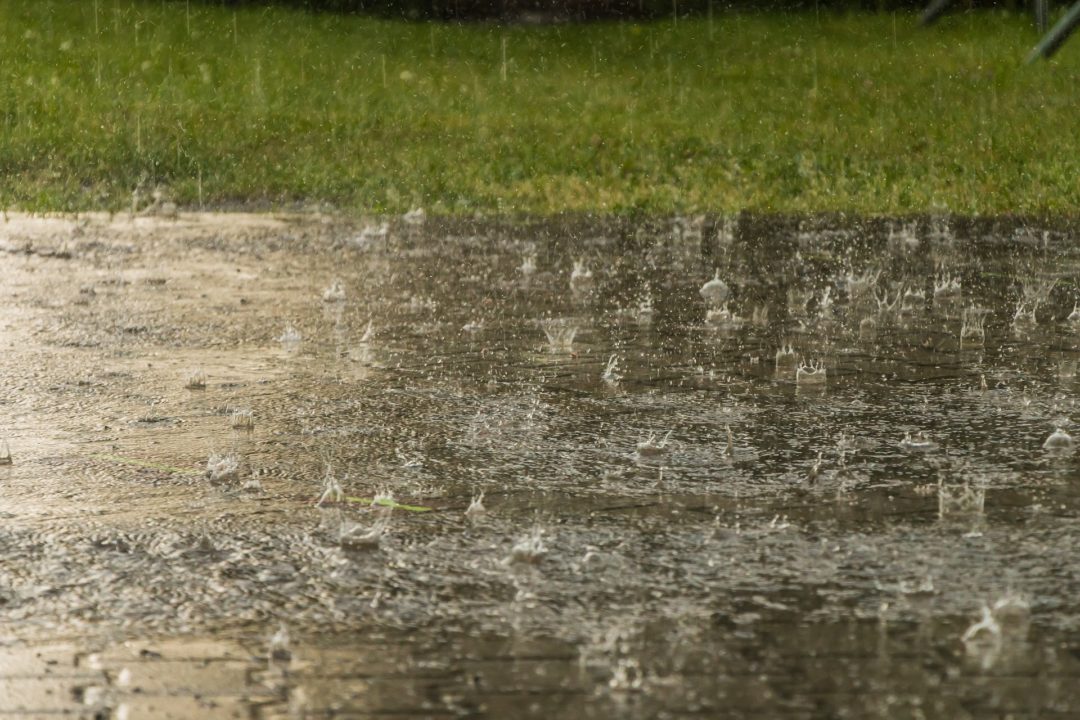 The Korea Meteorological Administration (KMA) says that monsoon rains accompanied by strong winds are expected to hit the southwestern region this week. Stock photo via StockImages

Pouring rain and strong winds accompanied the 25k open water race today, July 19th, at the World Championships in Gwangju, Korea. The conditions were such that organizers considered calling off the race with 2 laps to go, according to Swimming Australia.

The weather is indicative of an approaching typhoon weather watchers have been keeping an eye on this week. The Korea Meteorological Administration (KMA) said Wednesday that monsoon rains accompanied by strong winds are expected to hit the southwestern region this week.

‘Gwangju is forecast to receive rain of 30 to 80 millimeters per hour (1-3 inches), while up to 150 millimeters of rain per hour (6 inches) is expected to fall on coastal areas through Friday,’ reads the report on Yonhap News.

“The government, the organizing committee, the military and police will do their best for safety management, so that the athletes can focus on the games and citizens can enjoy the games safely,” said Kim Sung-hak, director of disaster response at the Gwangju government. (Yonhap News)

Saw a post from a US official who said they were in a Zodiac boat for 12 hours yesterday getting pummeled, cold, etc. They said they were still “swaying” three hours after the race. At one point, the commentator mentioned they were considering aborting the race. Hats off to all those who worked through that yesterday but it seemed a bit too unsafe as I watched it on TV.

Also, does anyone know what was up with swimmer in the Men’s race from Hungary that had a huge lead. He really seemed to be taking in water and struggling down the stretch. He had a great stroke. He was fun to watch! Gutsy effort.

That was Gergely Gyurta who led for about an hour and had a minute lead around the 20km mark. Looks like he hit the wall pretty hard.

He had an asthmatic attack there, unfortunately.

In the last lap he was thinking about his grandfathers who had gone home on foot in World War II. He finished the race much more mentally than phisically.

Finally the rain produced the startlist