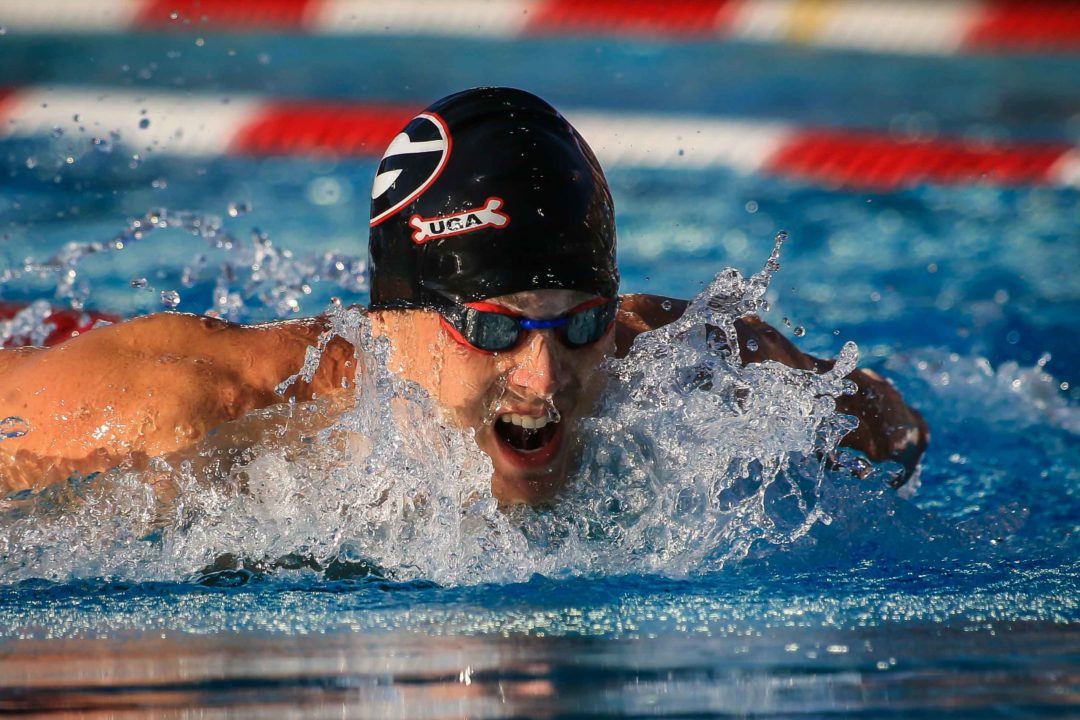 American Gunnar Bentz was not feeling well, and withdrew from prelims of today's 400 IM at the Pan American Games, per a USA Swimming spokesperson. Archive photo via Jack Spitser/Spitser Photography

American Gunnar Bentz was not feeling well, and withdrew from prelims of today’s 400 IM at the Pan American Games.

A USA Swimming spokesperson says Bentz was “not feeling well this morning,” which led to his scratch from the 400 IM heats. Bentz was the #3 overall seed heading into the meet. He’s also the top seed in tomorrow’s 200 IM, but his status there remains up in the air.

“The team will determine his participation in the 200 I.M. ahead of prelims tomorrow morning,” USA Swimming said.

Bentz is the defending bronze medalist in the 200 IM, having finished third at the last Pan American Games in 2015. He was a U.S. Olympian as part of the 4×200 free relay in 2016, and was previously a double gold medalist in the IMs at the 2013 World Junior Championships.