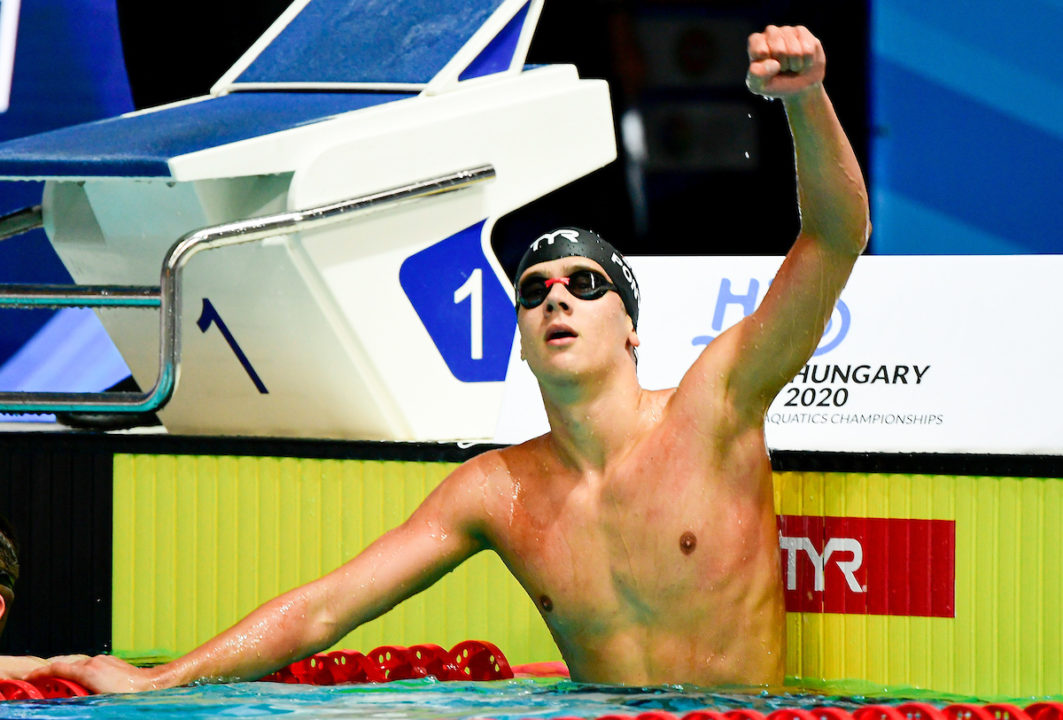 It was another big day for NC State commit Noe Ponti of Switzerland, as the 19-year-old fired off his 2nd national record in as many days. Archive photo via G.Scala/Deepbluemedia/Insidefoto

It was another big day for NC State commit Noe Ponti of Switzerland, as the 19-year-old fired off his 2nd national record in as many days. After already notching a world-class 51.15 in the 100m fly on night 2 here at this Rotterdam Qualification Meet in the Netherlands, Ponti produced a new mark in the 200m fly, posting a time of 1:56.48.

Entering this meet, Ponti’s personal best in the 2fly rested at the 1:58.96 he produced at the 2019 Italian Championships. He already surpassed that career-quickest in this morning’s heats, hitting a time of 1:58.34 to give a hint as to what potentially he had in store.

His time overtook the previous Swiss standard of 1:57.58 that Jeremy Desplanches had put on the books at the 2019 French Championships. For Desplanches, he was out quicker than Ponti, touching in 55.91 for the front half, but couldn’t maintain the back-end speed, closing in 1:01.67.

As for Ponti, his time tonight snagged silver behind Belgium’s Louis Croenen who touched in 1:56.30.

Just curious if anyone knows how the Swiss do there Olympic team selection?