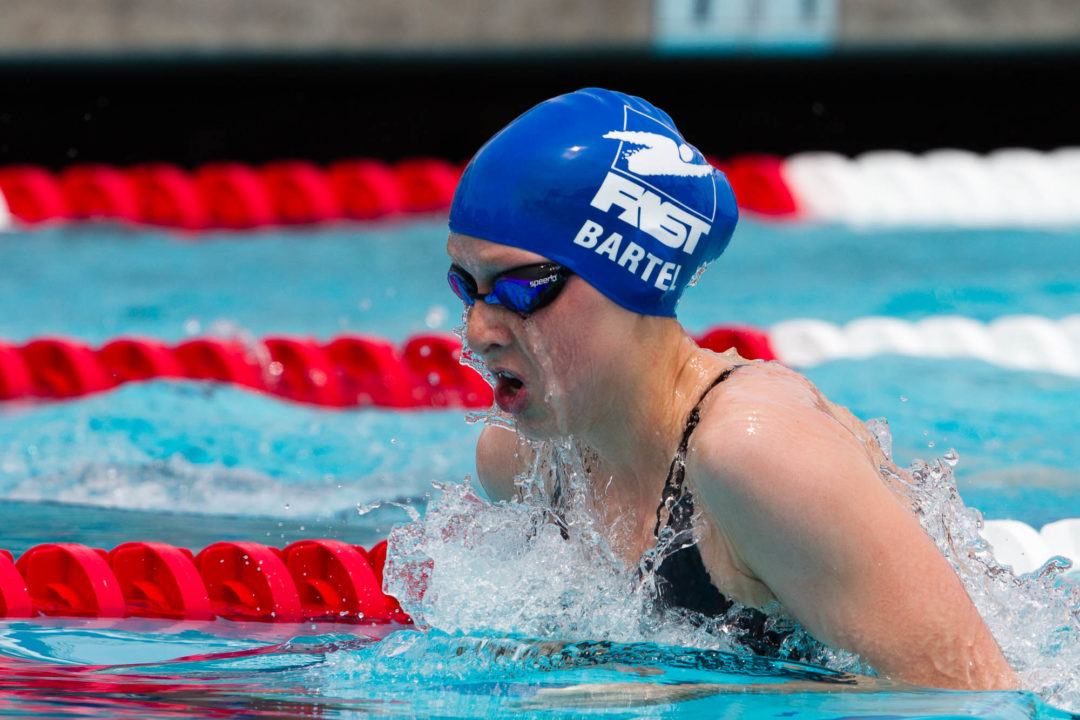 The quartet of Bayley Stewart, Zoe Bartel, Coleen Gillilan, and Kylee Alons has destroyed their own NAG record for the 15-18 age group in the 200 medley relay at the 2017 U.S. Junior National Championships – West.

The foursome currently holds long course NAG records in the 15-16 400 medley relay and the 15-18 record, both from one swim. All four of them were 15 or 16 in the summer 0f 2016 when they went that time, so the record stands for both age groups. Tonight, though, only Gillilan is still 16. Stewart and Alons are 18, while Bartel is 17.

Gillilan and Stewart had the biggest drops from their NAG record from the spring, but Gillilan has dropped the most from her split in their old meet record from just about a year ago.

Three of the four members of this relay are high school seniors and are committed to swim in college– Stewart to Notre Dame, Bartel to Stanford, and Alons to NC State. Gillilan, the youngest, is a high school junior and has not publicly announced any commitment plans as of yet.

Wow, that is faster than Stanfords breastroke leg on the 2017 200 medley relay by .04 and would have put them .01 from tying with A&M. Bartel will be huge for Stanford