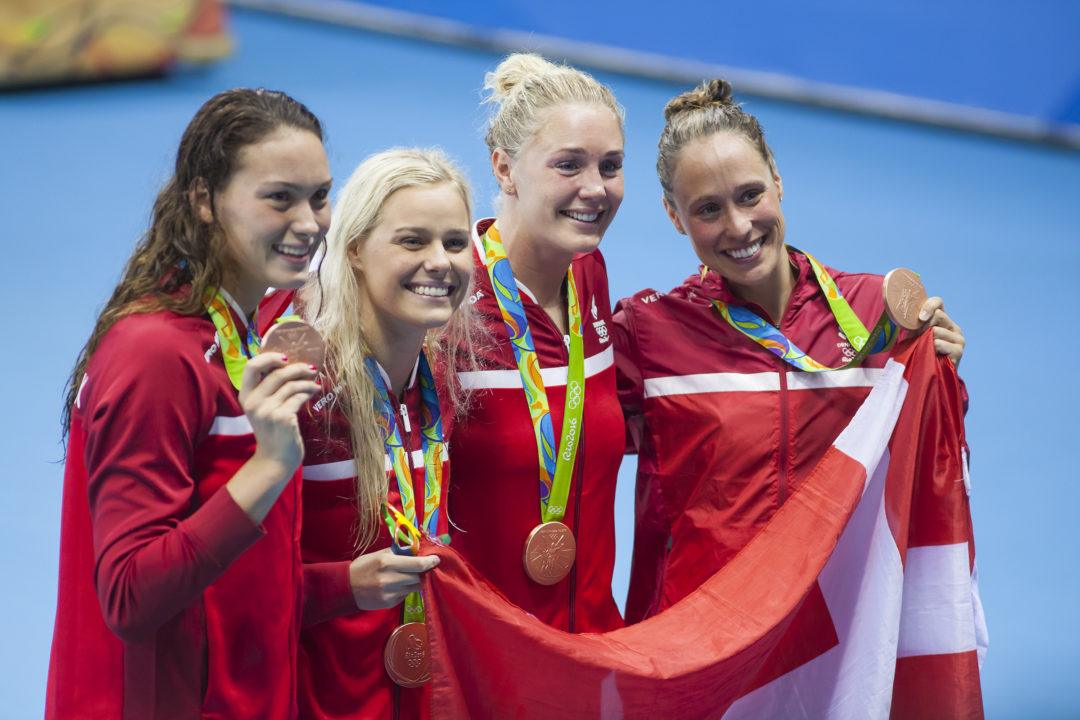 Denmark is sending a record breaking 16 swimmers to World Championships this summer in Budapest.  That makes for 4 more... Current photo via Simone Castrovillari

Denmark is sending a record breaking 16 swimmers to World Championships this summer in Budapest.  That makes for 4 more swimmers than they selected in 2009 when they sent 12 swimmers to compete in Rome. This World Championship team is lead by Olympic gold medalist Pernille Blume and world record holder Rikke Møller Pedersen.

From the team’s Instagram stories you can see what they are up to day-to-day as they are preparing to race next week.  Ice baths, card games, breakfast on patios, follow along and see what goes on behind the scenes at their taper camp in Budapest.

I usually won’t look at Instagram, but I do make an exception with Pernille Blume.

She has some nice shots of herself!

Ottesen is pregnant! Congratulations to her!