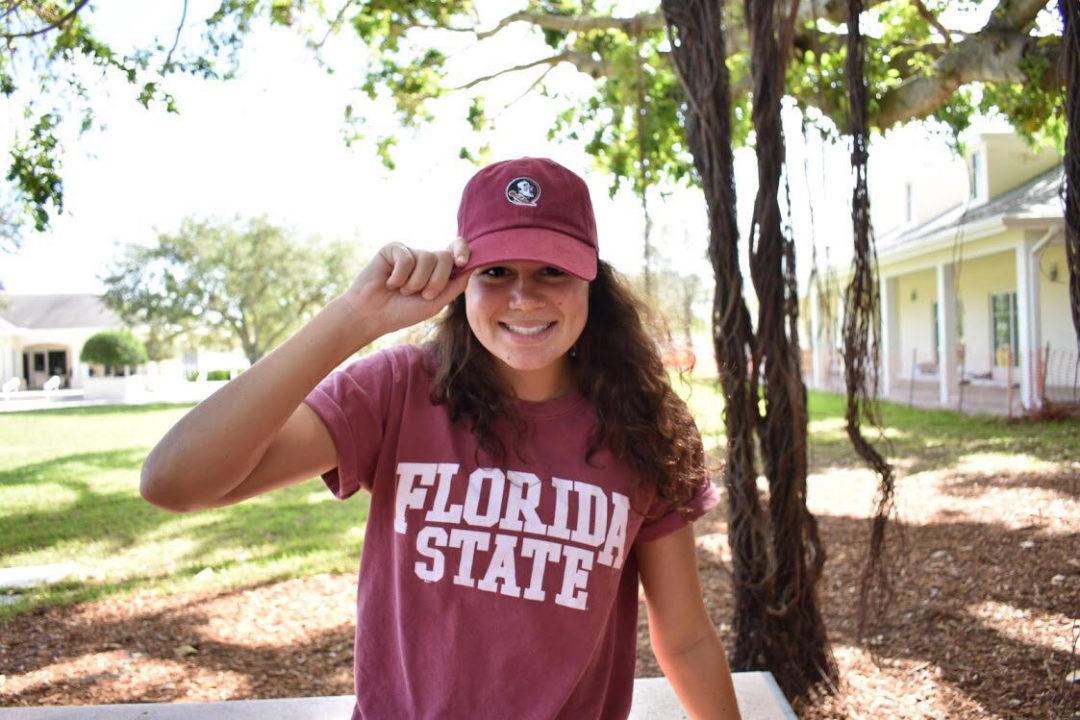 Lauren Hew from the Grand Cayman in the Cayman Islands has verbally committed to swim for the Seminoles next fall. Stock photo via Florida State Athletics

The Florida State University women’s swimming and diving team has added another name to its prospective roster for the class of 2022: Lauren Hew from the Grand Cayman in the Cayman Islands has verbally committed to swim for the Seminoles next fall. Hew grew up swimming for Camana Bay Aquatic Club and began boarding at Saint Andrew’s School in August 2016 “so that [she] could have more competition both in training and meets.” Throughout the year she competes for Saint Andrew’s Aquatics with Sid and Quinn Cassidy and Ramon Walton, and for the Cayman Islands National team with Bailey Weathers.

“I fell in love with FSU because I felt like it was the perfect fit for me. I have spent just over a year in Florida and have enjoyed it so I knew I wanted to stay in state. I really liked being around the team which consists of not only great swimmers but awesome people too and I couldn’t give up an opportunity to be a part of that. I know I will develop a great relationship with each of the coaches and I’m certain that they’ll help me achieve my goals swimming for FSU and for my country. I’m super excited to join the Seminole family!”

A NISCA-All-American and USA Swimming Scholastic All-American, Hew placed third in the 100 back (55.29) and sixth in the 100 free (51.23) at the 2016 FHSAA Class 1A Championships. She led off Saint Andrews’s runner-up 200 free relay (23.72). Hew started representing Cayman within the Caribbean region at the CARIFTA Age Group Championships every year; she won the high point award at her last CARIFTA before she aged out. Her first major international experience was the 2014 Commonwealth Games, where she was a semifinalist in the 50 back as a 14-year-old. She swam for her country at both the 2015 FINA World Championships in Kazan and the 2017 FINA World Championships in Budapest. She also competed at FINA Short Course World Championships at Doha in 2014 and in Windsor in 2016. She told SwimSwam, “This coming spring I hope to represent Cayman at the Commonwealth games again in Gold Coast, Australia.”