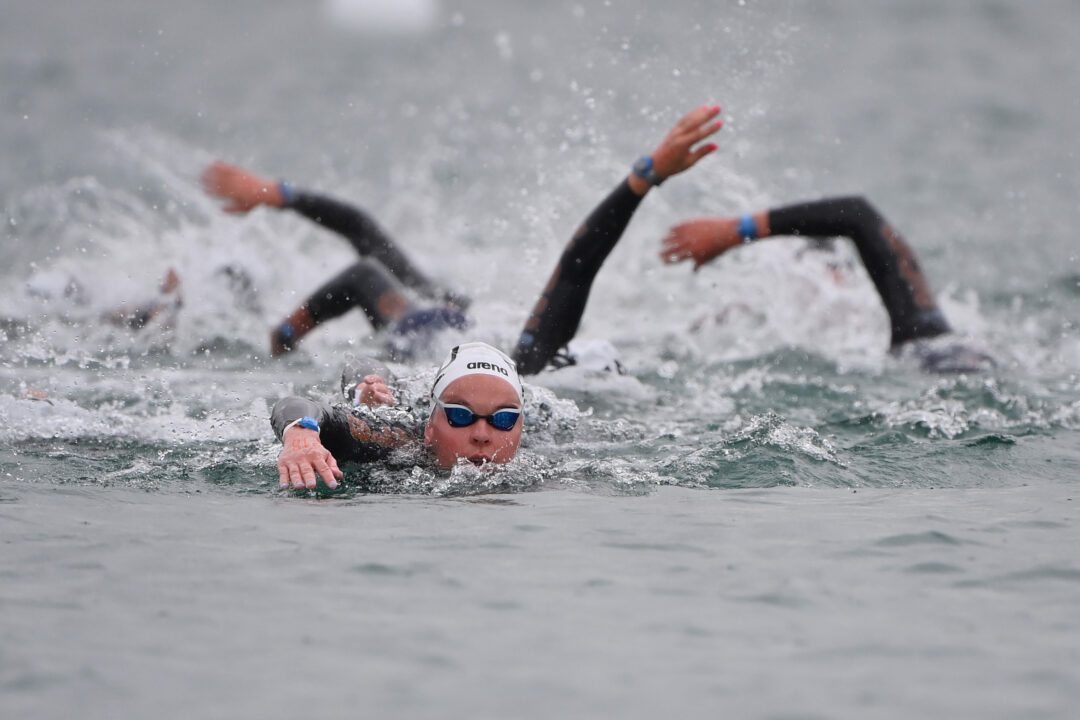 The third leg of the 2021 FINA UltraMarathon Swim Series took place today earlier this morning in Capri-Napoli, Italy. During this leg, athletes raced 36km from the Capri island to Naples, Italy. There were four intended legs in the competition stages, however, the first leg that was set to take place in Lac Saint-Jean, Canada was cancelled.

On the men’s side, there were 3 new faces on the podium. Alessio Occhipinti, who won bronze in the 25km race at the 2019 World Championships, topped the podium in 6:32:20.60. Occhipinti’s performance earned him his first ever international gold medal. Marcel Schouten improved on his previous 4th place finish with a silver-medal performance (6:34:33.40) on Sunday. Italy was able to secure two podium spots as Simone Ruffini snuck in for bronze (6:34:44.30), only .30 behind his teammate, Francesco Ghettini (6:34:44.60).

Strikingly, Axel Reymond, who won the inaugural leg in Ohrid, placed 5th overall, over 4 minutes behind Occhipinti. Edoardo Stochino, who placed silver in the previous leg, wound up 10th in Capri-Napoli. Evgenij Pop Acev, who won bronze in the 25km in August, placed 6th in the 36km distance on Sunday.

France was able to secure a 1-2 finish, as Caroline Laure Jouisse and Lisa Pou were the only two women under 7 hours. Jouisse, who placed 2nd in the 25km race during the inaugural leg, won the 36km in Italy (6:49:23.90). Pou took second (6:52:38.50), about 3 minutes behind her teammate. Rebecca Talinti used the home water to her advantage to secure a bronze medal (7:08:59.50) over Argentina’s Pilar Geijo. Geijo won the bronze medal at last month’s 25km race.

Notably, there were 12 female athletes that started the race, but only 8 females finished the race. France’s Oceane Cassignol, who won the 25km in Ohrid, was absent from this leg.

The fourth and final leg of the 2021 FINA UltraMarathon Swim Series will take place Rosario, Argentina on November 25th.