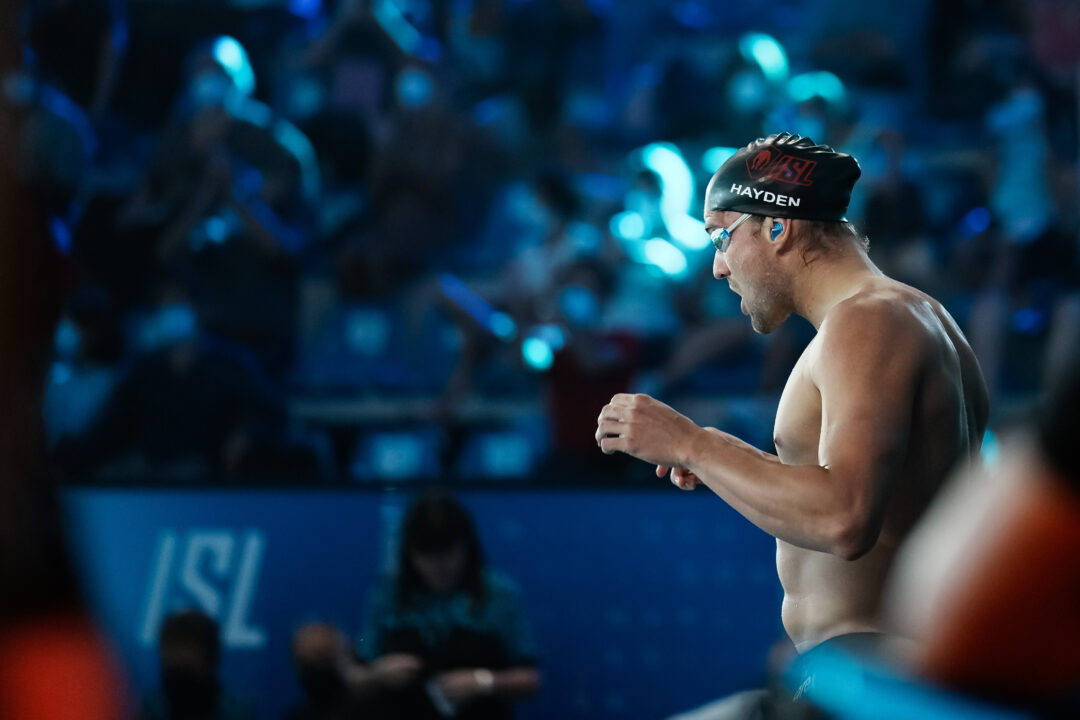 Marius Kusch, the #26 pick overall in the ISL draft, is the 4th-best scoring rookie so far this season for the Toronto Titans. Current photo via Mike Lewis/Ola Vista Photography

Thanks to Barry Revzin for compiling this data.

The International Swimming League draft was presented as a way to begin the process of rebalancing the league’s 10 teams, giving the bottom teams an opportunity to improve their rosters and create a more competitive landscape beyond the top four teams that dominated the first two seasons of competition.

And in a few specific places, it did that. The Toronto Titans, for example, look like real ISL final contenders, which would make them the first club outside of the ‘original four’ teams (LA, Cali, London, and Energy Standard) to crack the top four in the league.

Below, average per-match scoring by each team’s draftees

This data excludes the retained athletes, and excludes athletes picked up in free agency. So it is, essentially, the original rookie round, plus the 13 weighted rounds of picks.

There are a few things we have to consider when weighing this data.

For one, while athletes were ostensibly open to any team, we know realistically that this wasn’t true. 15-year old Summer McIntosh, for example, wasn’t ever going to be on any team but the Titans, or she probably would have gone earlier than the 11th round, which was the Titans’ last pick. Her 38 points per match are more than any other Titans draftee has scored this season (even more than their first-round rookie pick Kasia Wasick at 35.5). In fact, she’s outscoring almost every draftee, with the exception being Vini Lanza: the London Roar’s second pick, coming in round 5 of the draft.

Toronto also picked up Kasia Wasick, who inexplicably wasn’t retained by the Breakers in spite of being the fastest 50 freestyler in the league last season. The only explanation is that she declined to return to the team, thereby entering the rookie draft.

But they also had good picks in their own rights – Marius Kusch has been a big pickup for them, as has the previously-anonymous Grigori Pekarski of Belarus, who is a short course sprint wiz.

We also have to consider that after the first rookie round (which really undercut a lot of the rebalancing effort), there was a draft system laid out that benefited the teams who were worse last season. Aqua Centurions, for example, got four picks before Cali Condors got their first.

We also have to squint a little bit and pretend like the regular season matters, especially when discussing the good teams. Energy Standard or Cali are hurt by a draftee not showing up – but they also don’t care as much if those draftees don’t show up until the playoffs, because their 15 retained swimmers are more-than-enough to cruise them into the playoff round.

So this data is done solely on the basis of average points scored, per match, by a team’s draftees. The season is still young, and a lot of the data so far can be dependent on opponents and matchups, so we’ll continue to re-evaluate as the season goes on.

Highlights of the Analysis:

Ranking the first round picks by average points scored:

If Tokyo gets an in-shape Morozov, he’s a huge gamechanger. They also need to swim people like Yui Ohashi in more events. If you can win both IMs at the Olympics, you can swim anything. They should try her in the 200 back.

This ISL stuff is boring and confusing.

I am hoping that Zapple and Hoffer can pick it up a bit. DC is just barely getting beat by AQC and a strong meet from them would put us in contention

I haven’t given up on hoffer yet. Given time he will get better as he adjusts to scm. He’s also young, this is the first time he’s racing against pros so I’m giving him the benefit of the doubt.

Hoffer took some time off after trials, out of the pool for almost 2 months. On top of getting used to SCM, he’s also working himself back into shape–physique-wise he looks a little soft by his standards.

People have been saying Hoffer is perfect for the ISL, which could be true for playoffs and finals when he’ll get more rest, but I’m not so sure he’s going to be a huge regular season force. He’s never been a great in-season racer.

NYB vs TOT is basically attack on titans