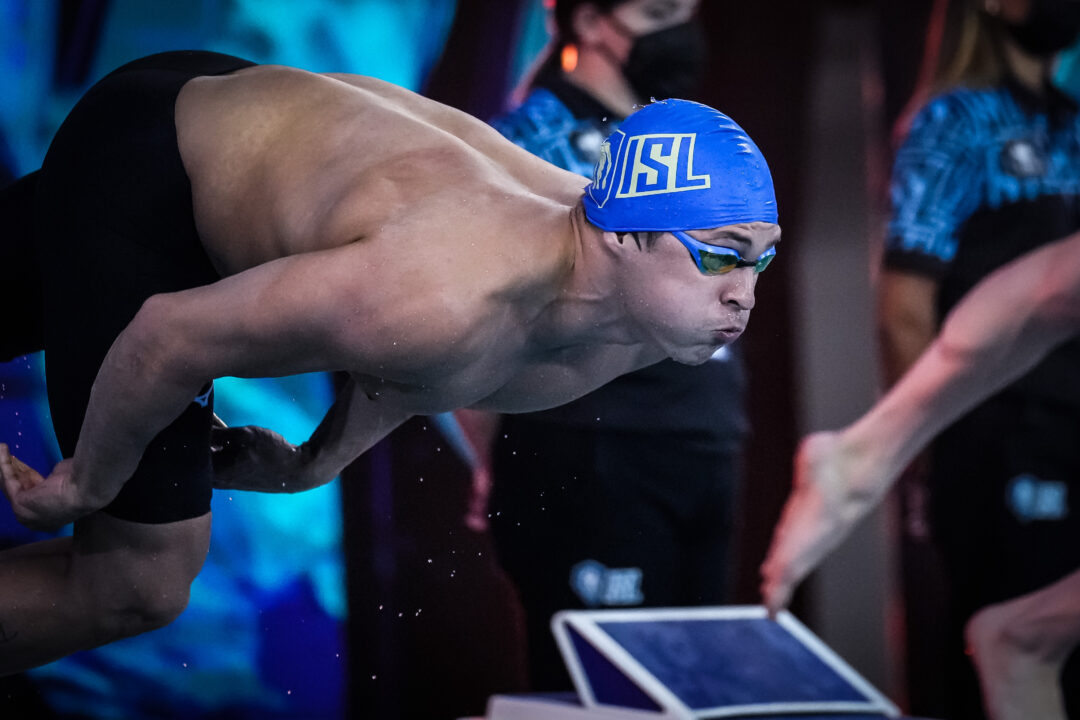 Angel Martinez broke two Mexican National Records over the weekend while competing for the Cali Condors in Match 4 of the 2021 ISL season. Current photo via Mike Lewis/Ola Vista Photography

Angel Martinez broke two Mexican National Records over the weekend while competing for the Cali Condors in Match 4 of the 2021 ISL regular season in Naples.

Martinez’s first record came in the 100 freestyle, which he achieved by way of his lead-off leg on the Cali Condor’s second 4 x 100 freestyle relay team. There, Martinez posted a 48.15 to set a new Mexican standard.

Martinez is a Tokyo 2020 Olympian and swam collegiately at Texas A&M, and 2021 is in his first season in the ISL.

Kudos to him! Nice to see the Mexican swimming is improving.