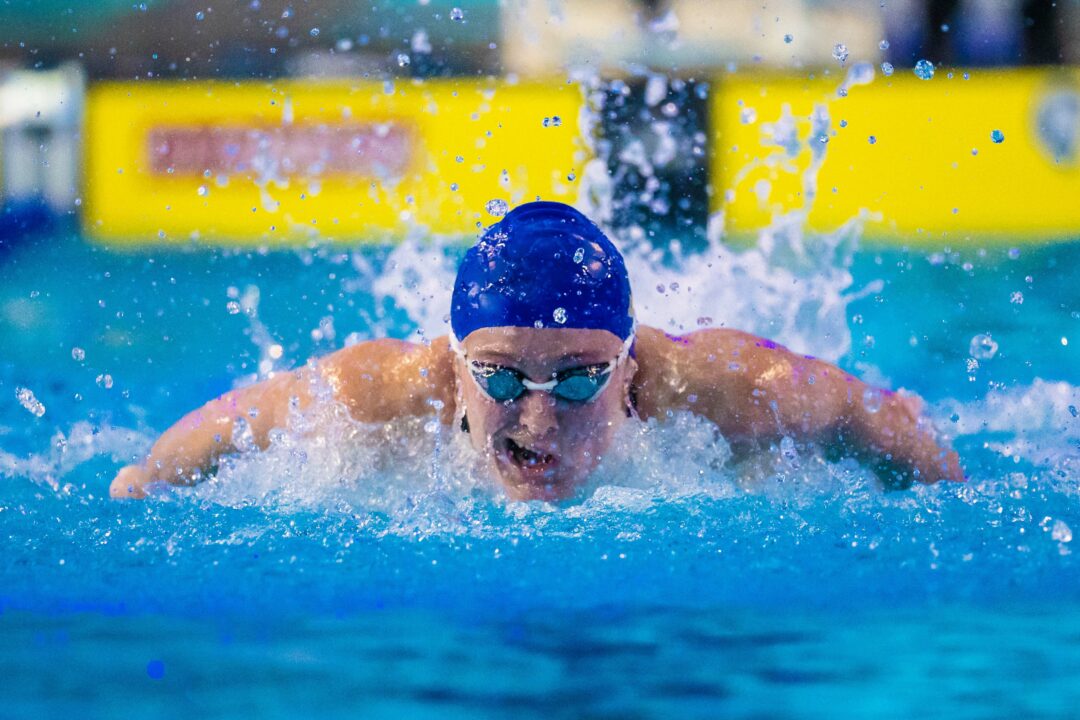 Notably, Beata Nelson is not racing the women's 100 backstroke today, despite winning the 200 back yesterday. Stock photo via Mike Lewis/Ola Vista Photography

Day 2 of ISL match 4 will be underway shortly, and the start lists have just dropped. The skins races for today are the women’s 50 fly and the men’s 50 free.

One to watch for will be Kelsi Dahlia in the women’s 50 fly. Dahlia, representing Cali Condors, made waves yesterday when she broke the ISL Record in the women’s 100 fly. Typically, Dahlia’s fly prowess comes from her back half on the 100 fly, so it will be interesting to see if she’s able to best this field in a pure sprint today as well. Also in the 50 fly is Beryl Gastaldello, the LA Current swimmer who previously held the women’s 100 fly ISL record before Dahlia broke it yesterday. The race could turn out to be critically important, as Cali Condors and LA Current are 1st and 2nd respectively in the team standings as we enter day 2.

Condors have, of course, entered Caeleb Dressel in the men’s 50 free skins. That makes CAC the favorites in the event, but skins races have surprised us before. DC Trident’s Zach Apple, Aquacenturions’ Alessandro Miressi, and LA Current’s Ryan Held are some other swimmers in the field who could potentially get the touch.

DC Trident’s Andreas Vazaios has opted to swim the 50 fly rather than the 400 IM today. That decision isn’t necessarily unusual, as Vazaios is one of the more versatile swimmers in the ISL. Vazaios has also swum the 400 IM in ISL regular season matches before. He’ll be joining rookie teammate Camden Murphy in the event, which also features Caeleb Dressel for CAC.

Notably, Beata Nelson is not racing the women’s 100 backstroke today, despite winning the 200 back yesterday. Instead, Nelson will be racing the 100 and 400 IM, as well as the 50 fly. In her stead, CAC is using Sherridon Dressel and Olivia Smoliga in the 100 back.

Recently minted World Record holder Coleman Stewart is entered in the men’s 100 back today. Stewart is swimming with CAC teammate Justin Ress again in this match. Ress came in 2nd in match 2 behind Stewart, although functionally that didn’t matter, sense Stewart jackpotted every swimmer in the field, stealing all their points.