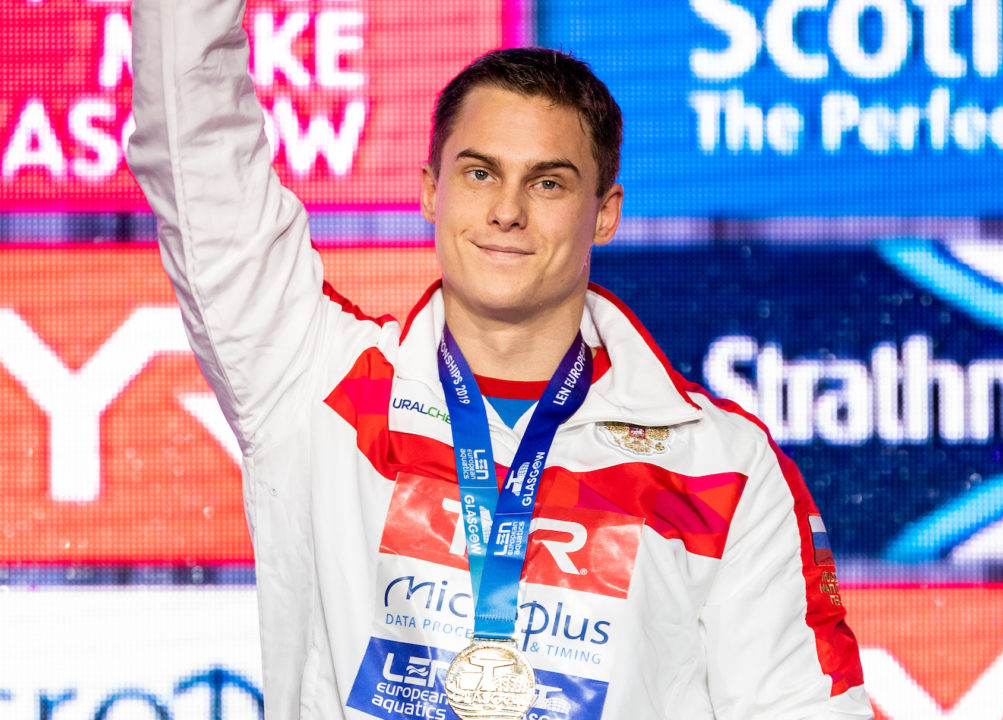 FINA first made the proposal in 2017 and per this report, are still pushing to expand the Olympic programme across all aquatic sports. Archive photo via Giorgio Scala

FINA has released a ‘mid-way status’ of their Strategic Plan for 2018-2021 which was originally released in April 2017. The updated document was released last month and addresses three main areas:

As we reported at the time of its original release, FINA proposed the inclusion of a further 5 events to the Olympic programme. They were:

Shortly after their proposal, it was confirmed that the first three events on that list would be added to the Olympic roster for Tokyo 2020, however, FINA have reiterated in this new document that they remain committed to “further develop and present arguments for the inclusion of additional Swimming events (e.g. mixed relay and 50m events in the program of future Olympic Games).

The document also highlighted how swimming now has an extra day in its Olympic program due to the inclusion of these three events. The addition of the distance and medley relay events will create more opportunities for specialists in these areas such as Katie Ledecky, Simona Quadarella, Gregorio Paltrinieri, Henrik Christiansen and David Aubry.

Among other changes that FINA is pushing for by the Paris 2024 Olympic Games:

This is part of a broader effort by FINA to expand Olympic fields in aquatic sports, which includes more participants in water polo and artistic swimming at the Tokyo Games. That runs counter to the International Olympic Committee’s overall goal of reducing the athlete quota by 500 for the 2024 Olympic Games.

Olympic-themed publication Inside The Games says that they have been privy to an internal FINA communication that has projected the deficit for this year to be between $10.40 million and $20.8 million.

The worldwide pandemic has caused the rescheduling of many events including the FINA World Championships, World Short Course Championships and Tokyo 2020 Olympic Games. If this year has happened as planned, FINA would have stood to earn around $40 million at the end of it.

The 50’s would have been MUCH MORE fun and uncertain than 800 free male, 1500 free female and mixed relays.. there isn’t really much competition in those races so it gets boring for the average person who watches the olympics…. they should have tried to make swimming more fun to watch

Unfortunately the 800/1500 and the relays were added only to boost the USA medal count. It seems to be all that matters to USA swimming (who vetoed the addition of 50’s if I remember correctly.)

1
-1
Reply
NOT the frontman of Metallica

I personally would have preferred the 50 added rather than the mixed relays and extra 800/1500. I prefer raising the status for some purely skilled sprint specialists rather than adding another medal opportunity for the mid and distance swimmers. The addition of the extra 800/1500 just adds more fuel to the fire when people talk about swimmers having too many similar events to medal in.
And I’m saying this as a distance and open water swimmer myself.

3
-2
Reply
MTK
Reply to  NOT the frontman of Metallica

I tend to agree with you. There is a skill and power component to the 50s that isn’t represented nearly enough in elite level swimming right now, if you ask me. These fast-twitch athletes that are great at 50fl, bk and br are just like the highly celebrated track and field athletes that specialize in the 100 and 200m, but for some reason, only the 50fr types are being granted the opportunity to show their stuff at the highest level right now. It doesn’t seem right to me that there are 6 freestyle events, but only 2 fl, bk, and br events.

MA would be in his prime if the 50s were added.

Let’s avoiding adding extra events and just average the 50 and 100. Swimmers have to start in the middle of the pool, from a cold standstill (gotta neutralize Dressel’s start somehow). Oh, and no lane line marks i.e. extra assistance; if swimmers lean too far forward when told to take their mark, they’re disqualified.

50s should be added to NCAA and for age group swimmers over 12 years old. And no one likes watching distance events. Like if you agree

I wouldn’t say “no one” likes watching distance events, but personally, my interest in the 800 and 1500 definitely isn’t there compared to everything else. I like watching incredible performances in any event, but watching someone swim the exact same speed for the middle 600m or 1300m of a distance event isn’t generally very exciting to me. Anything 400 and under, I love watching, because the outcome is usually more in doubt than in distance freestyle, and there’s usually excitement around which swimmers will make a charge later in the race vs trying to hang on after starting fast.

There were 32 swimming events at the last Olympics. Was that too boring or restrictive? There will be 36 events at the next one. If 50 form strokes were added it would bring it up to 42. There would be too much overlap and would dilute the worth of a medal.

I disagree, I hardly think there would be much overlap as the 50 stroke winners likely wouldnt be guaranteed medal winners in the hundreds or other events

They should move 400/800/1500 to open water instead and scrap all the mixed relays. This way we could add the 50’s and focus on the interesting races in the pool.

No 50s and no mixed relays. Less is more. Keep it special and keep it basic.

I wouldn’t use the word “valid”. But, the “splash and dash” has always been less interesting to me than the longer events. Again, it’s always seemed less about the stroke (in this case, freestyle) to me compared to any of the other events and their strokes.
NFL combine prospects run 40s. That’s fine for them. But, at the elite running level? If they started to run 40s in Olympic track, there would be more photo finishes, but I’d find it less interesting than the 100 and the 200. I’m excited about who’s the best runner. In a 40 meter dash, a great starter has too much advantage over runners who actually can run faster.
In swimming, I want… Read more »