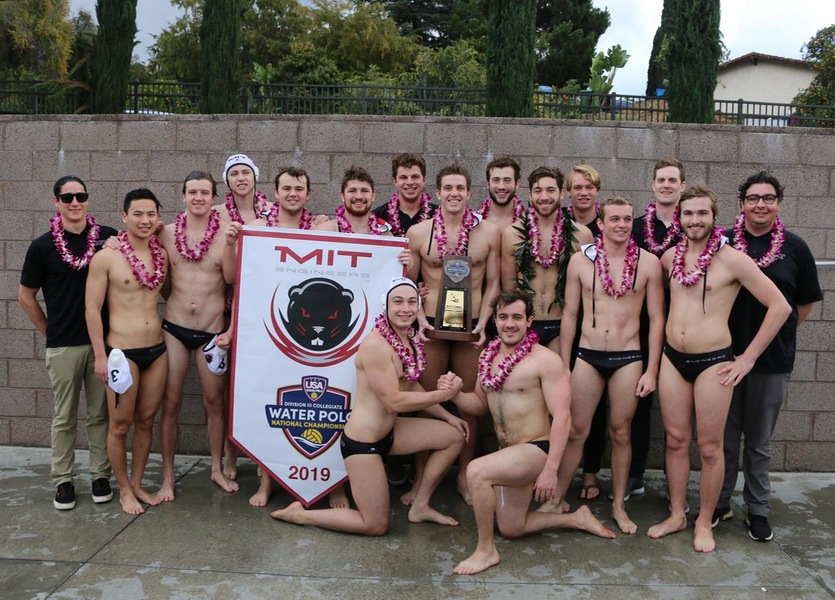 MIT will only bring primarily rising seniors back to campus for the fall semester. No decision's been made yet about training for winter sports like swimming. Archive photo via MIT Athletics

MIT and has announced the cancellation of all fall intercollegiate athletics resulting from the school’s broader plan to dramatically limit the number of student-athletes who return to campus for the fall academic semester. That includes the cancellation of the men’s water polo season.

The moves are in response to ongoing uncertainty about the spread of the coronavirus that has disrupted nearly every part of American life since March.

MIT has not made a decision about winter sports yet, but says that if they do happen, they would begin no earlier than January 1, 2021. That includes men’s and women’s Swimming & diving programs. Any impact on swimming & diving would also have a dramatic impact on the national Division III swimming landscape.

Among undergraduates, only seniors will be allowed on campus in the fall, along with special consideration for other students related to safety, living conditions, visa status, or other hardship.

The school has said that it is an “open question” as to whether student-athletes who are invited back to campus would be able to participate in workouts with their coaches during the fall semester.

Fall sports at MIT include:

A disruption to winter sports at MIT would have a rather dramatic impact on the Division III national swimming scene. The MIT men and women both won the NEWMAC Conference Championship meets. The MIT women entered the D3 national championship meet seeded with the 7th-most swimming points, while the MIT men entered the meet seeded with the 4th-most swimming points. That meet was eventually cancelled due to the global coronavirus outbreak.

An increasing number of collegiate athletics programs have canceled their winter sports seasons already, though none in the most visible Division I of the NCAA have done so yet. Momentum in this direction is rapidly gaining steam in Division III, especially, where 25 schools have canceled seasons for 146 teams already according to Mat Talk Online.

No swimming & diving seasons have been canceled yet, though several schools have said that on-campus competition won’t happen.

Middlesex County in Massachusetts, where MIT is located, has been one of the hardest-hit counties in the country. So far, it has recorded 24,193 coronavirus cases resulting in 1,882 deaths. Numbers have dropped dramatically in recent weeks, however, with the county seeing only about 35 new cases per in the most recent week.

Massachusetts has seen its number of new daily cases drop from over 2,500 per day in late April to under 200 per day in July so far.

All programs cut or suspended (including non-swimming, diving, or water polo): https://hoopdirt.com/the-list-update-10-college-athletics-teams-cut-sports-suspended-schools-closing/

Not looking to spark a 50 comment thread here but it seems that most of the Massachusetts schools in the NEWMAC and NESCAC have followed this model (with the exception of Bowdoin which is in Maine).

Agreed. Seeing schools like those in the NESCAC and NEWMAC cancel partial seasons will play a role in the NCAA Champs later on, IF they are even held.

As many of the other powerhouse DIII schools (except Kenyon) are located near metro areas (Denison – Columbus; Emory – Atlanta) combined with those that have altered schedules, I don’t see how the seasons will go on as scheduled.

This is the big sad