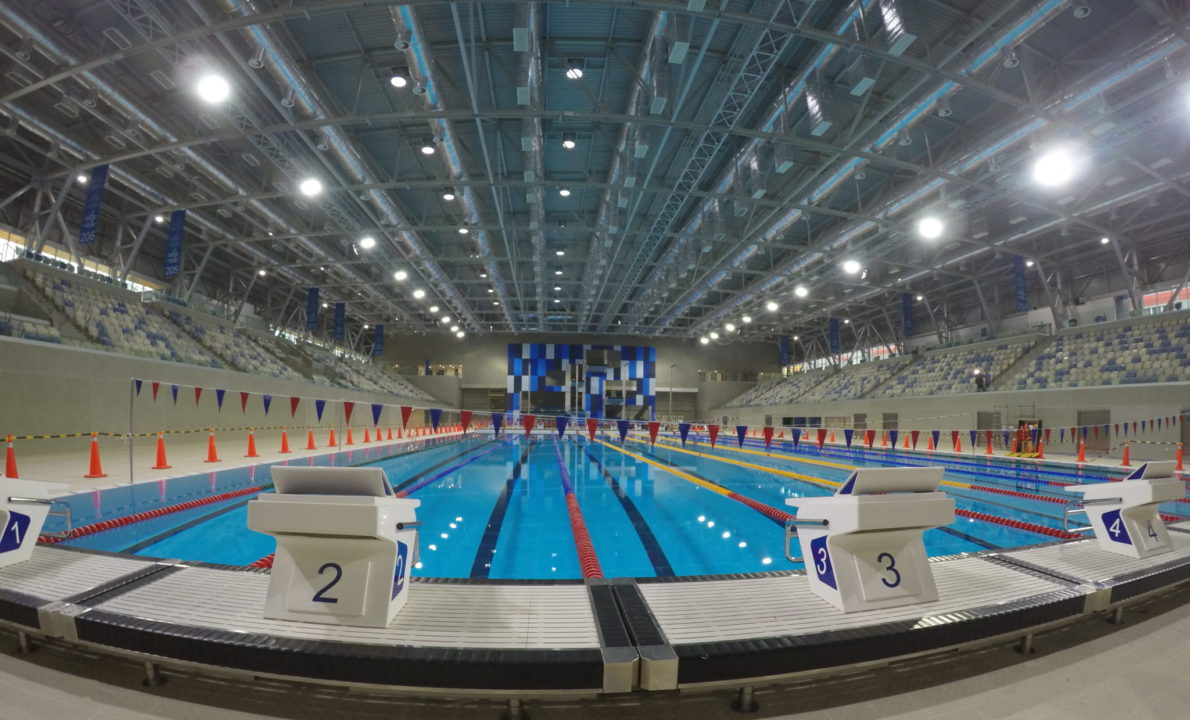 FINA on Thursday confirmed that Lima, Peru will host the 2022 World Junior Swimming Championships from August 30-September 4 of this year. The city replaces Kazan, Russia as the host of the event and moves the meet a week later in the international calendar.

The news was first reported last month by Best Swimming and Alex Pussieldi.

This is the second time that Lima will host the meet after previously seeing the world’s top junior competition in 2011.

The World Junior Swimming Championships are for girls aged 14-17 and boys aged 15-18. Ages are based on an athlete’s age on December 31, 2002. FINA decided not to extend age eligibility to those athletes who would have been eligible last year but who are now too old to compete.

The meet is one of many that have been upended by the COVID-19 pandemic and the ongoing Russian invasion of Ukraine.

Originally scheduled for 2021, the meet was first postponed when the Tokyo 2020 Olympics were postponed until 2021. It was then withdrawn from Kazan after Russia invaded Ukraine.

FINA has now replaced two of the three expected hosts of its major pool swimming World Championship events this year: Budapest has taken over World Aquatics Championships hosting duties after COVID-19 restrictions still in place in Japan pushed that meet to 2023; FINA has withdrawn the 2022 Short Course World Championships from Kazan as well, but has not announced a replacement host.

Like many meets this year, the World Junior Championships might be lighter-than-normal in participation as other organizations have moved forward with plans for other meets while FINA has waited to announce this event. The Junior Pan Pacific Championships, for example, were originally canceled but have been put back on the international calendar for August in Honolulu when it became unclear if the World Junior Championships were to happen. USA Swimming has not yet commented on whether they would send a team to both events.

That meet is scheduled for August 24-27, which would make participation in both events by the same athletes unlikely.

But will the US go?

They shouldn’t at this point.

It’s taken a pandemic and a war to finally break up the Budapest, Kazan, Asia stranglehold on swimming events, hopefully it’s a sign to come and they’ll branch out to more of the world

Croatia will come, with few good swimmers, and I hope David Popovici to break a few records.