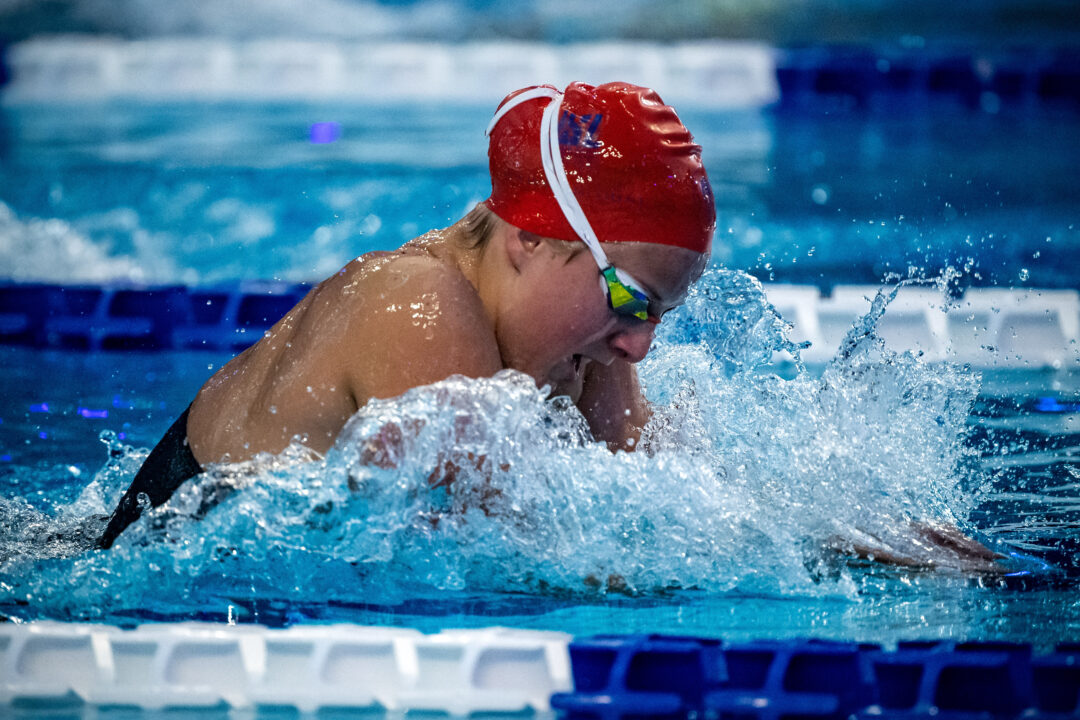 The 2022 FINA World Junior Championships are scheduled for August 23-28 in Kazan, Russia. FINA has decided to not extend eligibility after a postponement, meaning no title defenses for Evgenia Chikunova (above). Archive photo via Giorgio Scala / Deepbluemedia / Insidefoto

FINA has confirmed that it will not extend eligibility for the 2022 World Junior Championships after postponing the meet by a year.

While national selection criteria from countries like Britain already indicated that this was the case, FINA’s announcement on Wednesday confirms the news.

Other events that have been impacted by the COVID-19 pandemic, leading to postponements of meets into future years, have chosen to extend eligibility to those athletes who would have been the right age for the original event.

The World University Games, for example, have been postponed twice, and FISU has said that athletes for that event will retain eligibility based on their age and student status during the original dates of competition.

This will be the 8th edition of the meet that began in 2006. FINA has settled the event into an odd-years rotation up until the pandemic interrupted that in 2021. What this has meant in practicality is that athletes are able to swim, at most, two World Junior Championships within the allowed four year time range.

Because of the shift, though, some swimmers will have been locked out after one, while others will have the opportunity to race in three, if FINA goes back to its odd years rotation in 2023.

The decision strips a few athletes of the opportunity to defend titles and medals. Croatian Franko Grgic would have been eligible this year if FINA had extended eligibility, though his times haven’t been as good since he won the 800 and 1500 free in 2019. He was born in 2003.

World Junior Record holder Ilya Borodin of Russia also misses out at a shot at a big meet, though the European Championships earlier in the month might have been his focus anyway, with gold in the 400 IM a very real possibility.

Bulgarian Josif Miladinov would also have remained eligible. He won bronze in the 50 fly in 2019.

American National Teamer Charlotte Hook also loses eligibility in what could have been her second opportunity to race at the meet. She took a bronze medal in the 200 fly at the 2019 World Junior Championships.

FINA did not provide any explanation for why they decided not to extend eligibility.

Can I ask why they have different ages for males and females? I guess women do develop earlier but I never realised it was formalised in qualification ages.

How many times is the world going to screw these kids? AP tests – screwed. No last HS season – screwed. SATs – screwed. It’s like Gen X all over again.

Makes perfect sense… if you have 15 YO boys racing 20 YO men, there’s no point in holding a JR world championship

They would be 19 at the most. And not a lot of 15 year old males make their country’s junior team.

Poor decision that really limits kids being able to gain international experience. They should rethink their decision. No worlds, no university games, and now your out of juniors…

Why no World University Games? You must know something we don’t…

So unfair… but then it’s FINA

Such a shame. The average age of swimmers at the Olympics is 23 I think. That’s 5 years of training on average and not being on a junior or senior team. An extra year of eligibility would have been fantastic, considering what they missed in 2020 and 2021. So that’s 7 years for some in theory.