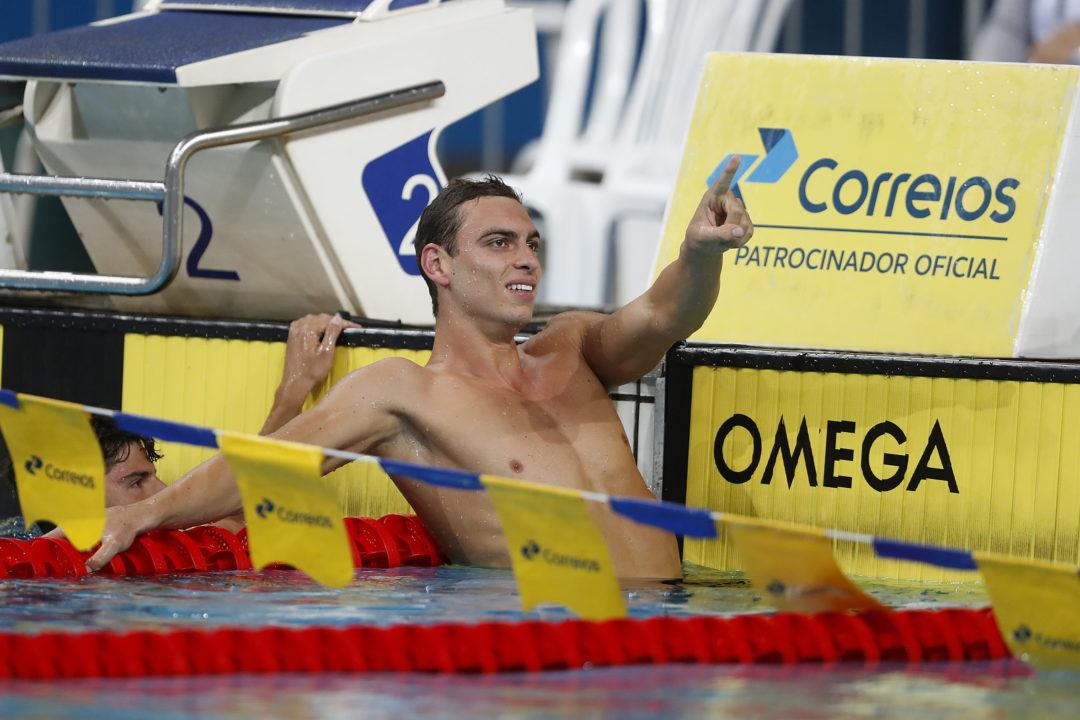 Three days after he took down the South American and Brazilian record in the 400 free at the 2018 Brazil Trophy, Minas’ Fernando Scheffer has done it again — this time in the 200.

Scheffer was responsible for Minas’ 8oo free relay win two nights ago, where out of the third leg, he brought the team back from behind splitting 1:44.84 — a hint at what he would do tonight.

Between Scheffer and de Lucca was Pinheiros’ Breno Correia, who took second in 1:47.94.

While winners are usually awarded 35 points towards their team’s overall score, because he broke the national record, Scheffer was awarded a whopping 85 points for the win.