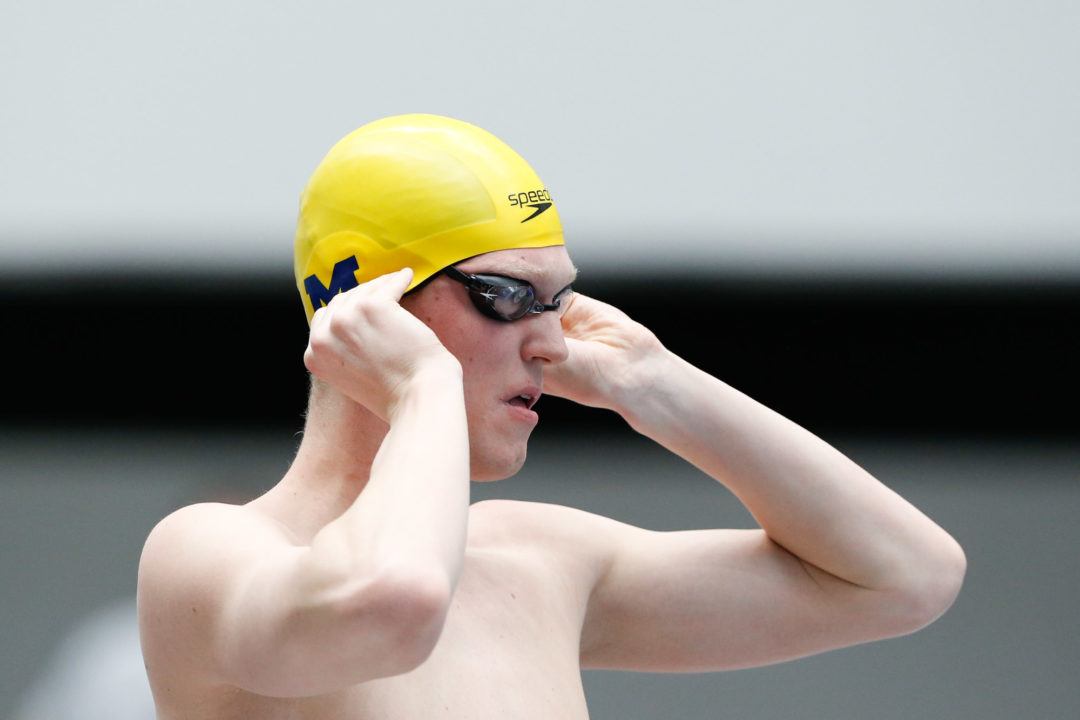 The list of swimmers who have gone sub-4:10 twice is much smaller (4), and the list of guys who have done it thrice is even smaller.

That list grew by 1 on Thursday, however, when Michigan sophomore Felix Auboeck became the 3rd swimmer to go sub-4:10 for a 3rd time in his career. That was thanks to a Big Ten Pool and Meet Record of 4:09.29 on Thursday at the 2018 Big Ten Championships.

The old Meet Record was his own, done at last year’s meet in 4:10.63. The old Pool Record at the University of Minnesota was much older – Larsen Jensen swam 4:09.80 at the 2007 NCAA Championship meet.

Of the 18 sub-4:10 swims done, 6 have been done by Michigan-trained swimmers (Vanderkaay did 2 while on Michigan’s varsity squad, and his best time while training as a post-grad at Club Wolverine). Michael Klueh, a Texas alum, did his 4:09.32 while in college, but later joined Michigan’s post-grad group as well.

Auboeck’s swim was also the 10th-best performance in history, just-missing his personal best of 4:08.95 done at last year’s NCAA Championship meet via a 3rd-place finish. He also swam 4:09.93 at NCAAs last year in prelims.

Congratulations on a great swim Felix.

He’s got a really foot shot at the school record next month at NCAAs.

Not a typo. Go Blue.

If he’s not rested and shaved then I agree

That 500 final showed once again that Josh White is the best distance coach in the country.

I still think their distance program is highly underrated, would have also been a great place for Grieshop.