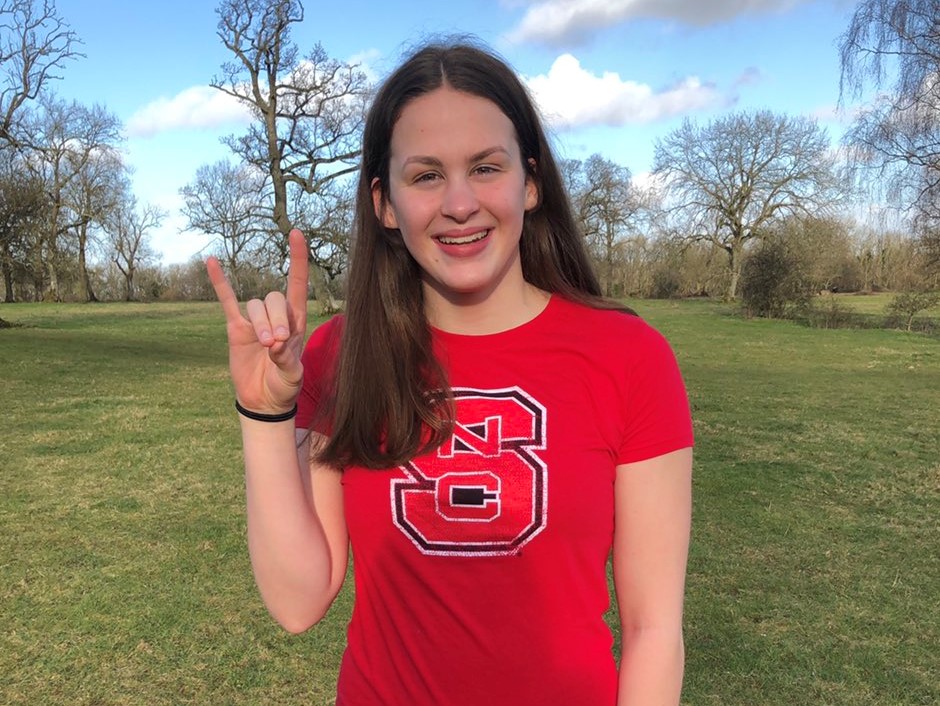 British freestyler Tamryn van Selm has made a verbal commitment to NC State and will head to Raleigh in the fall of 2022.

Tamryn van Selm from Orpington, a town in the English county of Kent, has announced her verbal commitment to NC State’s class of 2026.

“I am so excited and thankful to announce my verbal commitment to swim and study at NC State University!! Can’t wait to be part of the Wolfpack!🐺❤️@packswimdive #gopack”

Van Selm swims for Millfield School, where she is a lower sixth student (11th grade), and for Bromley Swim Club. In February, she broke Millfield School records in the 100m free and 200m free.

In October, she was named to the 53-person British Swimming World Class Programme for the 2020-21 season. Last year she had been on the British Swimming Podium Potential 2019-20 squad. Van Selm has represented her country internationally, too. She competed at LEN European Junior Championships in Kazan in July 2019, reaching the semifinals of the 200 free (15th) and the finals of the 100 free (8th) and taking home a silver medal with the GBR 4×200 free relay. She also competed at European Youth Olympic Festival that summer, bringing home an individual silver in the 100 free and a gold and two silvers in relay events.

This is a great catch. Tamryn is a great relay swimmer too, which will count for a lot in the college system. I think she has split 54mid & 1.59mid on LCM relays before.

Those would be some big drops!